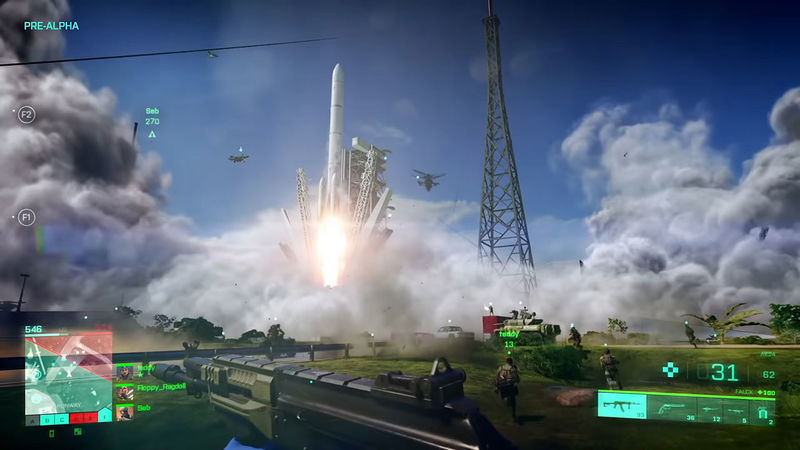 3
During the run-up to the Battlefield 2042 reveal, there has been copious amounts of leaks, rumors, and speculation. Many of us believed the leaks would be put to rest now that the game has been officially revealed, but with the details of one final mode still being ‘redacted’, the leaks keep coming.

Tom Henderson, one of the most trusted industry insiders when it comes to all things Call of Duty and Battlefield, has claimed the final Battlefield 2042 mode will be called ‘Battlehub’. Henderson made multiple claims surrounding the mode, most importantly that it will be the “ultimate sandbox experience” featuring remastered Battlefield maps.

CONFIRMED BATTLEFIELD 2042 MODES
DICE has announced three brand new game modes will be arriving with Battlefield 2042, two of which have already been revealed.

All-Out Warfare will reportedly be the “next generation of fan favorites” such as Conquest and Breakthrough. The new mode will feature the largest Battlefield maps ever designed, with a maximum capacity of 128 players if you’re playing on next-gen or PC. Fans can expect All-Out Warfare to be exactly that, extremely chaotic with dynamic weather and massive world events.

The second mode to be revealed is titled ‘Hazard Zone’, which DICE have stated is an all-new “high-stakes” mode focused on working with your squad. Fans can expect Hazard Zone to be extremely different to other Battlefield modes, but still sticking to the games core elements.

Battlefield 2042‘s third and final mode is currently ‘redacted’ on the official EA website, with more details arriving at EA Play Live on July 22nd. According to the description, the mode will be a new way to play Battlefield.

Although fans will need to wait until EA Play Live for official confirmation on the modes details, industry insider Tom Henderson claims to have all the details already.

BATTLEFIELD 2042 – BATTLEHUB
Henderson does have a solid track record when it comes to Battlefield and Call of Duty leaks, he most notably revealed the title of Call of Duty 2021 as ‘Vanguard’.

To begin, Battlehub will reportedly be the “ultimate sandbox experience” and will be known as the fun game mode with less competitiveness. Don’t expect to go into this mode with balanced elements, but instead players will use ‘Battlehub’ to have a fun time in.

Henderson claims that there will be remastered maps and other older Battlefield vehicles and weapons featured in the Battlehub, which is the main reason as to why it will not be balanced. He uses the example of a Battlefield 1 tank vs a Battlefield 3 tank, as this is sure to be an unfair fight. Fans can expect more of a fun sandbox experience as opposed to a balanced competitive mode.

Although the Battlehub will feature remastered maps and weapons, it will still run on the Battlefield 2042 engine according to Henderson.

As well as this, the mode will reportedly feature a specialist class system as opposed to the more classic class system. Most maps in Battlehub will feature a maximum of 64 players, with certain maps on next-gen being capable of 128 players.

Finally, Henderson finishes the video by claiming that the Battlehub mode will be a separate download to Battlefield 2042 but will still require a full purchase of the title. Fans can expect the Battlehub to be updated with each Battle Pass Season.