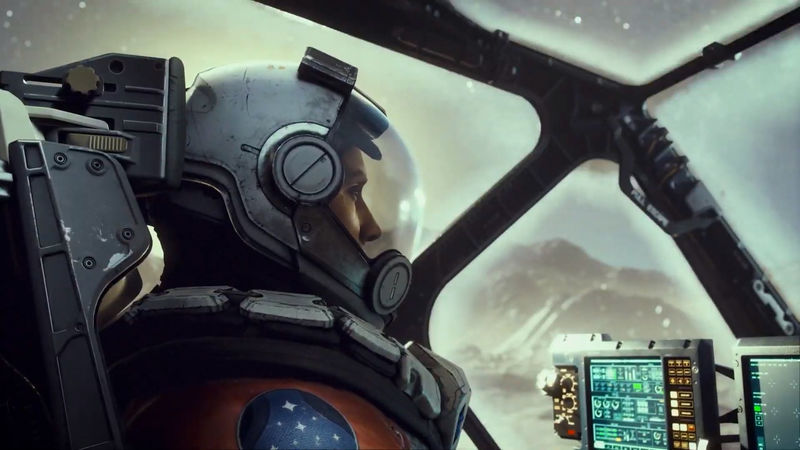 4
Starfield is going to be a very big and long game, which should come as no surprise to those that have played Bethesda Game Studios' previous games in The Elder Scrolls and Fallout franchises. How big and how long, Bethesda isn't quite saying, but during a recent interview, Bethesda Game Studios and Starfield director Todd Howard confirm the game is "very big" and designed to be played for a "long time." However, it also doesn't sounds like it's going to be anything above and beyond what the studio has done in the past, at least in this regard.

“I don’t want to set any crazy expectations for that. You know, we have cities and we build them like we built the cities we’ve built before," said Howard when asked about the game's approach on cities. "And we have lots of locations that we’re building like we’ve built before. And we want that experience of you exploring those to be, you know, as rewarding as we’ve done before. There are some different spins on that given the subject matter, but we like that about games. We want to point in a direction and walk and have our curiosity be piqued, and hopefully rewarded.”

Howard continued, noting the game will be "very big:"

“People are still playing Skyrim and we have learned from that. We spent more time building Starfield to be played for a long time, if you so chose that you just wanted to keep playing it. It’s got some more hooks in it for that, that we added later to a game like Skyrim… while still making sure that somebody who just wants to play it, and go through the main quests and ‘win’, or feel they’ve accomplished something large is doable.”

Unfortunately, this is where the insight ends. Right now, there's no total hour count or details on map size. That said, it sounds comparable to Skyrim, which takes 30-40 hours to mainline, 100-110 hours to beat with side content, and 231 hours to 100 percent. In other words, it's going to be big and long, just like Howard says it is.

Starfield is set to release on November 11, 2022 via the Xbox Series X, Xbox Series S, and PC.

I wonder when they are going to hint at a "very big" delay... maybe next e3? Regardless, a long grind of a game from Bethesda sounds promising... the setting of this one not so much