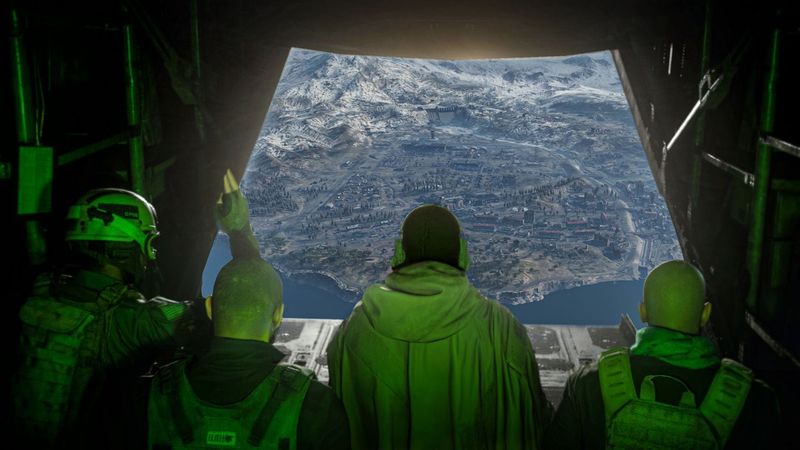 3.5
While we’ll have to wait until the end of the event to see what happens to Verdansk and Warzone as players know it, the most obvious implications of the crossed-out map locations is that they’ll all be renamed and possibly reworked entirely whenever everything’s all said and done. This outcome has been one of the theories players have held since the event was being teased with players assuming that the nuclear event would elevate the Black Ops Cold War integration by giving Verdansk themed locations and names for points of interest from the newer Call of Duty game.

Whatever’s going to happen in the Warzone event, it might take a while longer than players might’ve been expecting prior to the event’s start. Details shared by Activision prior to the start of the event indicated that it could take around two hours to finish its course.

“It is expected that exfiltration helicopters will arrive across Verdansk after 12:00 today, April 21,” Activision said about the event. “Due to the number of aircraft needed for this evacuation and the unusual wind conditions across Kastovia, we only have an estimated time of arrival for the first formation of helicopters, but we expect evacuations to be finished by 14:00.”

Players have been having difficulties even staying in the game since lobbies seem to be crashing continuously, so it could take even longer than Activision expected it would.

Warzone’s event likely still has plenty of secrets to hide and is divided up into multiple parts, so it should make for a complex event by the time it’s finished.