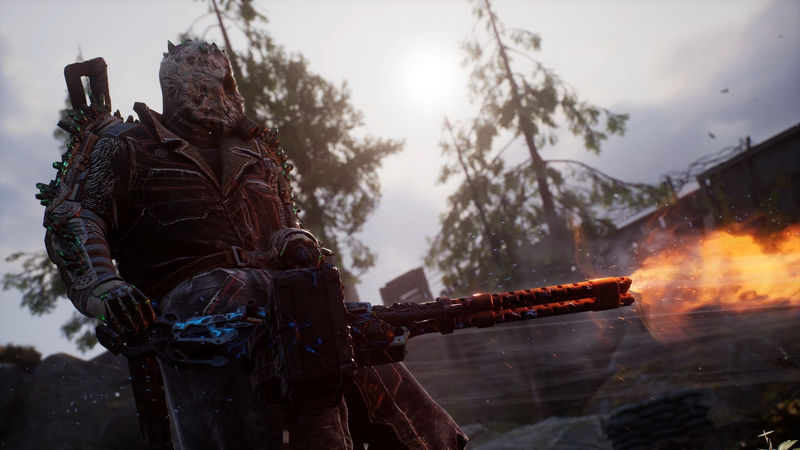 4.3
Outriders are giving launch window players on PS4, PS5, Xbox One, Xbox Series X/S, and PC free items to apologize for all of the server issues the game has had since release. In a slow year, Outriders made waves when it released earlier this month, cementing itself as perhaps the biggest release of 2021 so far. For those enjoying the demo before launch, this wasn't very surprising, but it did catch much of the industry by surprise and it seems to have caught developer People Can Fly and publisher Square Enix by surprise as the game's servers went down and crashed.

As you would expect, the pair are well aware of how frustrating this has been for players, which is why they are giving players free in-game items in the form of a "community appreciation package."

"After working on Outriders for more than five years, we were as disappointed as you that the launch weekend did not go as planned," said People Can Fly of the announcement. "We ran into connectivity issues, which we have explained in full further below. Throughout all of this, we really appreciated all your messages of support and encouragement and they helped us power through and improve the situation. We would like to thank each and every one of you. Beyond just saying it, however, we would like to confirm that we are working on a small 'appreciation package' for our launch window players."

So, what are players getting? Well, anyone who has played between March 31 and April 11 or any playwe who has received an automatic inventory wipe restoration will get three different items, one of which is currently unobtainable. More specifically, player's highest level character will receive the following: a level appropriate Legendary Weapon, a level appropriate amount of Titanium, and the emote "Frustration."

At the moment of publishing, there's no word when the free items will be delivered to players, and it's worth noting that People Can Fly notes "these details are subject to change based on what is technically feasible" for the developer to do.

Outriders is available via the PC, PS4, PS5, Xbox One, and Xbox Series X/S.