Is Bioware Offering a Refund After Cancelling Anthem? 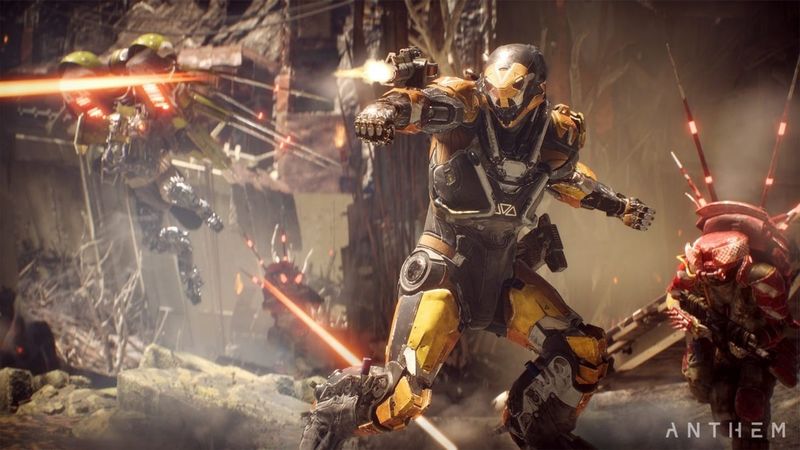 4.8
BioWare has officially cancelled its ongoing work on Anthem NEXT.

It’s official. Almost exactly two years after its troubled launch, BioWare has cancelled its work on Anthem. Following criticism of Anthem‘s story, repetitive gameplay and lack of endgame content – not to mention some serious bugs – the developer had been in the process of significantly redesigning the game in a project known as Anthem NEXT. However, BioWare Austin studio director Christian Dailey announced on Wednesday that work on the game will cease because of the impact of the pandemic: “Not everything we had planned as a studio before COVID-19 can be accomplished without putting undue stress on our teams.” For players who have patiently stuck with the game since launch, the question has turned to whether or not they can expect a refund.

Has BioWare offered players a refund on Anthem?
Shortly after the game first launched in disappointing fashion, some players were able to get their money back on Anthem. Sony offered refunds to PlayStation 4 players who had experienced a crash in which the game switched off their console, while Reddit user LastKryptonian1991 said they received a full refund from Amazon after claiming BioWare and EA were guilty of “false advertising and fraud” for not delivering on their promises for the game.

BioWare made no mention of providing refunds to players in its announcement on Wednesday, though, so it seems unlikely that any refunds will be issued at this point.

Should BioWare offer an Anthem refund?
News of the cancellation will undoubtedly be a huge source of disappointment for those who have continued playing the game waiting for its redemption. However, there’s a big difference between receiving a refund on a game within a few days or weeks of its launch, like many players of Cyberpunk 2077 received after its calamitous launch in December, and getting one a full two years after it came out.

Anthem will remain playable for the foreseeable future, as Dailey said BioWare will “continue to keep the Anthem live service running as it exists today.” It’s a huge shame the game will never live up to its considerable potential, but a refund at this point just doesn’t seem to be realistic.

How has Twitter reacted to the cancellation?
Anthem fans reacted to the news with understandable disappointment and more than a little anger, with many calling on BioWare or EA to provide refunds.

An update on Anthem from Christian Dailey: https://t.co/twmWXAXj3B

An update on Anthem from Christian Dailey: https://t.co/twmWXAXj3B

"Is Bioware Offering a Refund After Cancelling Anthem?" :: Login/Create an Account :: 0 comments