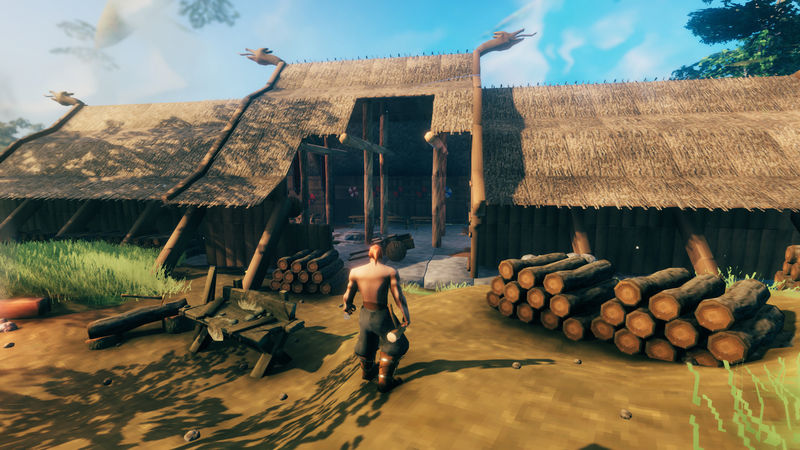 4
Valheim is now one of Steam's biggest games of all time, boasting a concurrent peak of over 350,000 players and pushing into the top 10 list of games with record concurrent player counts.

Valheim might've only just launched on Steam in early access on February 2, but it's already sailed past one million players. At the time of writing, Valheim has hit a concurrent peak of 361,281 players according to SteamCharts, making it the third most played game on Steam only after Dota 2 and CS:GO.

That means more players are jumping into the Nordic survival game on Steam right now than Rainbow Six Siege, Team Fortress 2, PUBG, or even GTA 5.

It's even made it into the top ten biggest games ever thanks to its present concurrent record of more than 350,000 simultaneous players. While it has a long way to go before PUBG's staggering peak of 3,236,027 looks to be in jeopardy, it's an astonishing achievement for an early access game.

As we detailed earlier this week when Valheim's roadmap for 2021 was revealed, if you're unfamiliar with it, it's essentially a Nordic survival game. You're dropped into a Norse map with nothing but the clothes on your back, and tasked to forage and survive, fending off enemies and creatures alike as you try and build up your very own settlement. So far, this formula has proven to be a massive hit with Steam players.

If you are playing Valheim, don't forget to back up your progress. A "world-destroyer" bug is resetting characters and worlds and developer Iron Gate hasn't yet been able to squish it.

Congrats to them for hitting Steam Record.