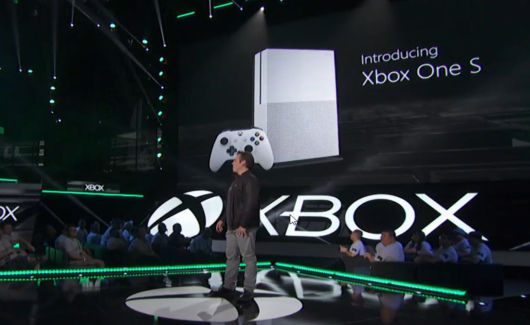 4.7
As leaked yesterday, the new and slimmed down version of the Xbox One, simply named “S,” has been revealed by Microsoft during its press conference at E3.

The console will come with 4K support for video, a hefty 2 terabyte hard disk drive, high dynamic range support and a 40% smaller form factor. Unlike its predecessor, it will be equipped to stand vertically and will come with a vertical stand, alongside a redesigned controller.

Know for a fact I am getting this console.

i will be getting it but am i the only one who thinks its quite ugly..

I think it will be that price outright. they got their ass's burnt for having it to expensive. and now that GPUs are so much cheaper and HDDs too. They could make it work, plus they ditched the Kinect

Selling my Xbox One.. getting this for sure..

Gonna see how much my xbox one will sell for and possibly just upgrade to this one.