XBLA version of Galaga now backwards compatible with Xbox One 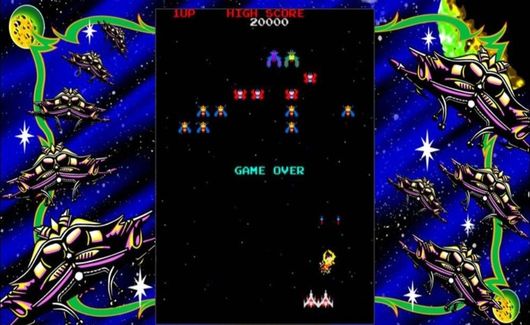 4.6
You can now play the Xbox 360 version of arcade classic Galaga on your Xbox One.

Microsoft has revealed that the Xbox Live Arcade version of Galaga, which came out on Xbox 360 nearly ten years ago, is now available on Xbox One through backwards compatibility.

Galaga is now available to play on your Xbox One via Backward Compatibility https://t.co/tOwuLj4YuG pic.twitter.com/gpSG9xtuYS

As with all backwards compatible games, if you already owned the game on Xbox 360, it will be added to your collection on Xbox One. Otherwise, you can buy it from the store.

Not sure if a lot of people will play it, but it's a cool classic game for those that will.

Thespian I heard of this but honestly it doesn't look to good so I dont really care about it.

Galaga is a classic. It's a great game and can get competitive if you're playing with someone else.

I heard of this but honestly it doesn't look to good so I dont really care about it.

Never even heard of this game...

Really miss all of the Arcade games on xbox :( Infact I just miss everything old from xbox

I cannot wait until they make the call of duties backwards compatible.

Nice to see more and more games being released for backwards compatibility. Glad they are releasing them as they become available.

What even is this game? but regardless I guess it's another backwards compatible game.

Bahroz they keep adding boring games. got me to a point of thinking that BC was just a terrible idea

Yes. The idea of being able to play past games on your current gen console is a bad idea. All because of one game you don't like.

they keep adding boring games. got me to a point of thinking that BC was just a terrible idea