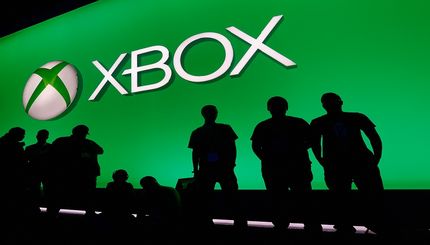 4.7
At around 9:26PM GMT (1:26PM PST), reports began to surface of issues with the Xbox Live service - posts on the official Xbox Forums ranged from issues with signing in, to launching games and purchasing content.

Several users are receiving the '0x87de0017' error code when attempting actions on their Xbox One and Xbox 360 game consoles - Z0riL, on the Xbox Forums, reported that this error is being received when attempting to launch a game or app on the console. He also seemed to suggest that not all consoles are affected.

Oddly enough, My brother also has an xbox one that's not in preview and his is working fine whereas I get the 0x87de0017 error opening any games or apps. I did try iron brigade earlier and all was ok.

A message that was later posted on the Xbox Live Status Page confirmed that there are issues with the Xbox One, Xbox 360 and other devices using Xbox services.

According to the Status Page, the following services are experiencing issues:

A brief statement informed users that they are working on the issues:


We are aware of these issues and are working to get it fixed ASAP! Thank you for being patient while we work. We’ll post another update when more information becomes available

These issues come shortly after an announcement by a hacking group called Phantom Squad, that threatened to attack Microsoft and Sony's online gaming networks this Christmas. Whilst unlikely to be related, it does reiterate the importance of being able to ensure that the offered services can withstand such issues.

OXT Why would someone bring down Xbox live?..
Kids these days..

Pretty sure they are grown men

haha they better prepare for christmas because lizard squad,phantom sqauad and our mine will be attacking the servers

There better not be a shit tonne of attacks again

This isn't good, hopefully this doesn't happen on christmas

Why would someone bring down Xbox live?..
Kids these days..

wow this shit again, these hacker need a life !

Activez- So if I send out a tweet saying Xbox #OFFLINE. Would I be responsible for xbox outages?

Lol thats what they seem to think and people making these articles giving them more fame. like servers never have issues and need maintenance like everything else.

This is one of the many reasons in which switching to PC is a good idea.

These hackers need to get lifes