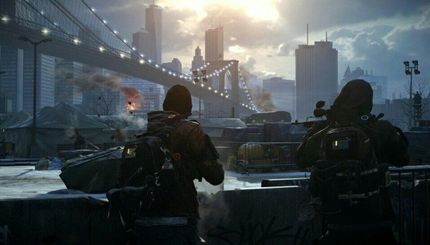 4.8
YouTube channel Open World Games claims to have spoken with Closed Alpha testers who have played early builds of Ubisoft’s highly anticipated open-world online shooter, The Division, and who have disclosed specific gameplay details on their experiences so far.

They describe the way players enter and leave Dark Zones, which are public combative spaces in The Division, both co-operative and competitive in nature, that are filled with potentially friendly and hostile players. Allegedly, players must proceed through decontamination chambers while entering, and likely leaving, Dark Zones. Special gear or weapons that can be found in these zones must also go through a decontamination process in order to earn a permanent place in your inventory. Players’ backpacks are said to be divided into two compartments: normal items and contaminated items with higher or better stat values.

Interestingly, if these details ring true, Dark Zones can host up to or around 100 players. Other than your co-operative fire team, players aren’t entirely highlighted and are generally harder to find, but as they score kills and build what’s described as a reputation meter, they become more and more visible on the mini-map. You’ll allegedly run into other fire teams that you can also choose to co-operate with. Testers described scenarios with players hiding on roof tops or scaling up and down buildings with grappling hooks.

In the co-operative open world space, enemy AI is allegedly notoriously effective at working as a team against you. Testers described combat experiences where heavily armored enemies would throw flash bangs at the players while commanding two shielded enemies to flank around. Meanwhile, snipers would engage from a distance. AI is supposed to display a wide range of attacks and challenges, even in a single scenario.

Weapon customization may return in the same form it took in Tom Clancy’s Ghost Recon Future Soldier, including a large number of customizable weapon parts. Weapon upgrades and soldier gear can be crafted with materials that vary in rarity with some of the more rare items in the game boasting a distinctive and recognizable appearance.

In terms of performance, testers are pleased with The Division’s controls and stable online experience thus far, saying that they are confident it will make its 2015 release date, which was once again confirmed in Massive Entertainment’s debut developer podcast yesterday.

Of course, all of the above, aside from the release time frame, is unconfirmed and should be considered speculation. Ubisoft and Massive have kept rather quiet about their MMO shooter as of late, but we do expect to hear and see more next month during GDC.

I'm really looking forward to this game, plus this sounds like a cool addition to the game.

This game looks really fun im going to wait for review to see if its worth buying.

Can't wait for this game. I'll be picking up a copy most definitely.

Wow they are really trying to make this happen then.

I really like the sound of this game, hopefully it is as good as it sounds.

Wouldn't surprise me if all this info was false lol

I wanna hear more about this