Xbox 180: Microsoft to 'completely reverse' its DRM control on Xbox One 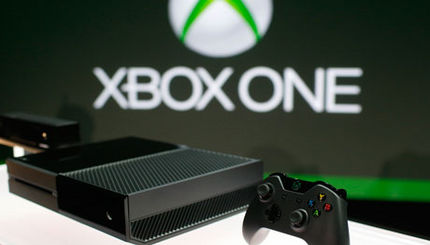 4.6
Update: Microsoft has released an official statement, it can be located here - http://news.xbox.com/2013/06/update

A new report from Giant Bomb states that Microsoft will drop its DRM control with Xbox One and the need for the console to log in online every 24 hours.

According to the GB report, the following will occur:

Discussion of the recent changes can be found within this thread - http://www.thetechgame.com/Forums/t=5363350/microsofts-announcement-about-xbox-one-19th-june-2013.html

"An internet connection will not be required to play offline Xbox One games - After a one-time system set-up with a new Xbox One, you can play any disc based game without ever connecting online again. There is no 24 hour connection requirement and you can take your Xbox One anywhere you want and play your games, just like on Xbox 360.

"Trade-in, lend, resell, gift, and rent disc based games just like you do today - There will be no limitations to using and sharing games, it will work just as it does today on Xbox 360.

"In addition to buying a disc from a retailer, you can also download games from Xbox Live on day of release. If you choose to download your games, you will be able to play them offline just like you do today. Xbox One games will be playable on any Xbox One console -- there will be no regional restrictions.

"These changes will impact some of the scenarios we previously announced for Xbox One. The sharing of games will work as it does today, you will simply share the disc. Downloaded titles cannot be shared or resold. Also, similar to today, playing disc based games will require that the disc be in the tray."

The benefits are obvious - Xbox One will be usable with or without an internet connection, dispersing the fears of a vocal and outraged crowd who staged a backlash against the original online-reliant policy.

The changes also re-open the door to game rental services, the lending of games between friends and the purchase and sale of used games to anyone, anywhere without fear of DRM control.

And a region-free console will mean gamers will be able to import titles from other regions without restriction.

"Xbox 180: Microsoft to 'completely reverse' its DRM control on Xbox One" :: Login/Create an Account :: 252 comments

I think that they should bring DRM back at a later time, but not at the release of the console.

BDB Now they need to get that kinect of that bundle and add a mic!

I agree, bring down the price more, especially as some people may already have a Kinect!

BDB This is good, I'm glad they changed that haha. I might get both consoles now, I don't know yet.

I want to get both consoles, but the Xbox One will be my first choice now. Once I have the money I'll probably buy the PS4 as well

Best decision they made.

Yeah I agree, very good decision made by microsoft! I like that they're actually listening to the complaints made by the community!

That is a good call, I'm really glad they did this!

RaheemSterling_31 They didn't plan this

But it was a smart decision. Glad they did it.

Best decision they made.

I know :D they were messing up at first.

This is good, I'm glad they changed that haha. I might get both consoles now, I don't know yet.

well thank god they had some sense come to them