Microsoft investing $1 billion into games on Xbox One 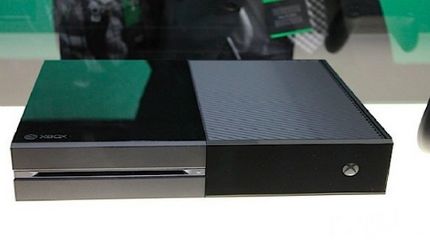 4.4
Microsoft is investing $1 billion into games on the Xbox One, financing not only new studios but also securing exclusives for Microsoft's next-generation console. This is an unprecedented investment for Microsoft, much more than its most expensive game yet, Halo 4.

Xbox One is planned to have 15 exclusives from Microsoft in its first year at retail, including eight new intellectual properties - the product of two years that has seen the formation of new studios in London, Washington and Victoria, British Columbia. Phil Harrison, former Sony exec, was brought on to oversee internal projects; Lionhead's new boss is John Needham, a guy with a heavy MMO background.

Microsoft Studios boss Phil Spencer told OXM Rare is returning to one of its older franchises (Killer Instinct, anyone?) and Black Tusk Studios is hard at work on Microsoft's next big franchise. Lift London is working on smaller cloud-based games, while Microsoft Studios Osaka has a project under way - something Don Mattrick says will illustrate how Microsoft is "committed" to Japan. Finally, Press Play and Twisted Pixel are in Microsoft's bullpen, working on "weird, unique" games for Xbox Live.

And that's not counting the continuing Call of Duty exclusivity deal and games Microsoft did talk about during its Xbox reveal event: Turn 10's Forza Motorsport 5; Remedy Entertainment's Quantum Break; and four games from EA Sports in UFC, Madden 25, FIFA 14 and NBA Live 14. Later, Crytek confirmed its Kinect-powered brawler Ryse is coming to Xbox One.

Xbox One is due later this year, with more to be shown at E3 between June 9 and June 11 in Los Angeles, California.

"Microsoft investing $1 billion into games on Xbox One" :: Login/Create an Account :: 39 comments

Avenue That is a rather big investment, I am anticipating what we'll see at E3. It's a hefty gamble but the payoff should be nothing short of amazing games though.

Yeah me too, ill be watching e3 :D

microsoft, so rich! but anyways, that is good news, hopefully its money well spent.

Hope the games are not all for kinect.

Hope it makes a difference in the quality of games.

Quite a substantial investment on M$ side, but lets hope it pays of :D

That is a rather big investment, I am anticipating what we'll see at E3. It's a hefty gamble but the payoff should be nothing short of amazing games though.