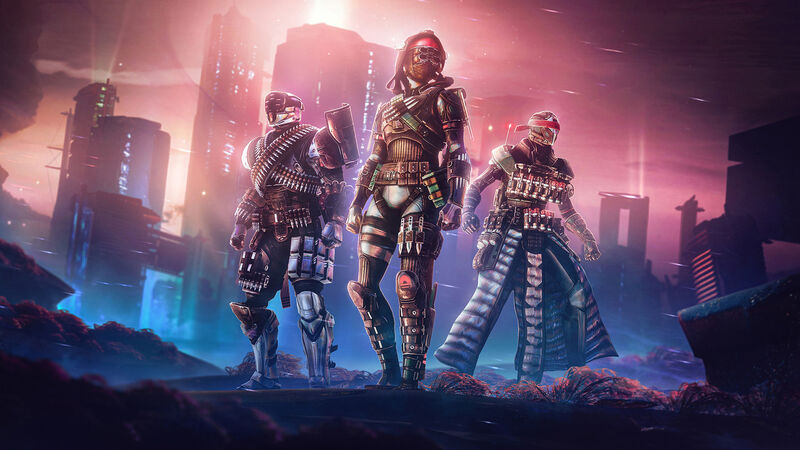 4.3
Ping systems are becoming more common in high-profile multiplayer shooters as an additional tool to help players communicate with their teammates, and some Destiny 2 players are now asking Bungie to bring the feature into the game. The next major expansion, Lightfall, is already set to bring major quality of life and sandbox changes to the looter-shooter players have been asking Bungie to add for a few years, whether it be an in-game LFG or additional armor reworks. A ping system can potentially fit into the former of those two categories, finding use across the game's many PvE and PvP activities.

Season of the Seraph is the current season of Destiny 2, as of this writing, and will set the stage for the battle to come when Lightfall releases on February 28, 2023. Guardians are tasked with rebuilding and reawakening the Warmind Rasputin to reclaim its vast arsenal of weapons and join the Last City's fight against The Witness' forces. However, The Witness and its disciples also have a keen interest in the Warmind's weapons and treasure trove of secrets, the latter of which may contain the location to a secret city on Neptune.

The expansion is bringing with it a large slate of changes the Destiny 2 community has been asking for such as the buildcrafting changes Bungie outlined in a dedicated blog post. There are still some features the community are asking for which Bungie has not addressed, among those being a ping system to highlight locations, ammo, or specific enemies while playing with other guardians. Reddit user Singapore_DLC_Pack is one of those players, taking to the DestinyTheGame subreddit to share their desire for some type of ping system.


Ping systems have been around in games in one form or another since the mid-2000s, with shooters such as Star Wars: Republic Commando and Left 4 Dead being among the most notable titles to feature an early version of the ping system. In recent years, it has become more common thanks to the popularity of Apex Legends' ping system which ultimately led to EA acquiring a patent on the game's specific ping system. Fortnite, Call of Duty: Warzone, and PlayerUnknown's Battlegrounds subsequently saw the addition of their own ping systems in response to its popularity inside of Apex Legends.

The argument for a similar system inside of Destiny 2 makes sense given the game's wealth of multiplayer and cooperative activities at players' fingertips. It could be especially useful in endgame activities, such as Grandmaster Nightfalls and raids, where communication is important and provides an additional tool to help complete them. It remains to be seen if Bungie would add such a feature and how long it would take to find its way into the game, though it doesn't appear out of the question given the recent requests for player feedback from Bungie.

the ping system is the future, so it's certainly needed for this game

I don't play it either but worth to check it out

I haven't checked this game out but might have to now

I don't play it so I wouldn't have known but I'd figure they have somthing that basic in the game.