Like A Dragon: Ishin! Reveals Over 10 Mini Games In New Trailer 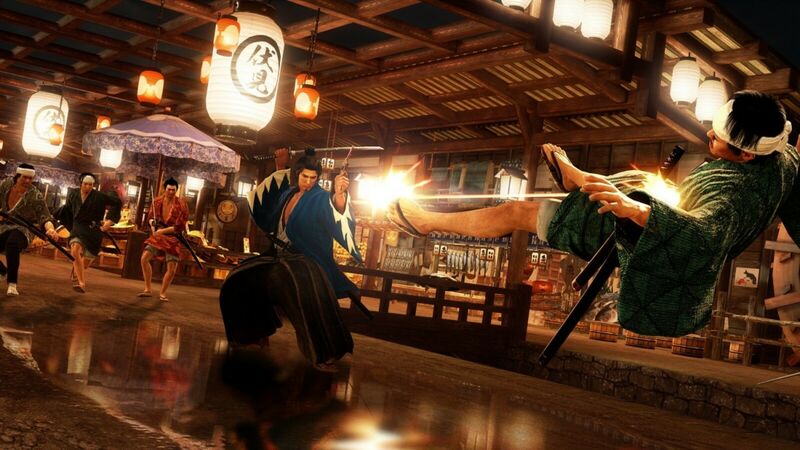 4
Following the teaser dedicated to farming and side activities, Sega and Ryu Ga Gotoku Studio have released another trailer for Like A Dragon: Ishin!, showcasing a catalog of mini-games that players can participate when they need a break from the action-packed combat.

Alongside the traditional Japanese Buyo Dancing, some of the mini-games that will be returning in Like A Dragon: Ishin! include cho-can, chicken racing, rock-paper-scissors, fishing, koi-koi, karaoke, poker, ociho-kabu, sake showdown, udon shop, cannon coaching, and sensual healing. Players can take part in mini-games to take a break from the main story, as they can also receive plentiful rewards if they come out victorious.

Mini-games in the Yakuza series are considered major contributors to the games' popularity among players. Apart from sub-story missions and side activities, players can spend time in mini-games to keep themselves engaged while not progressing in the main story. There are plenty of mini-games to choose from, each having a unique premise combined with fun and excitement.

However, one of them stands out with a rhythm-based structure, karaoke, which tasks players with pressing the corresponding button in time to catch the beat. They must keep up with the tempo to enjoy a scene relating to the song at the end.

Ociho-Kabu is also among the mini-games that will be returning in Like A Dragon: Ishin!, a card-based gambling game that was first introduced in Yakuza 3. In Ociho-Kabu, four players compete against each other with either a hanafuda or kabufuda deck card to bring their hands' total to 9 to win the showdown.

Players' winnings are decided by how much they bet on their hands. Besides, higher difficulties can be unlocked once enough rounds of the game have been played. Another mini-game first appearing in Yakuza 3 is Poker, a classic card game with a 52-card deck that requires players to make their wages over whose hand is best compared to other gamblers.

However, mini-games that players can enjoy are not limited to these, as they can join chicken races, Buyo dancing events, udon shops, as well as sake showdowns and cannon coaching competitions in the city of Bakumatsu. Like A Dragon: Ishin! will be released on February 21 for PlayStation 4, PlayStation 5, Xbox One, Xbox Series X|S, and PC via Steam.

always nice to see mini games within a game :P

Never played this or segaaa

Sega used to be so good man