Games with Gold: Autonauts is now free to claim on Xbox 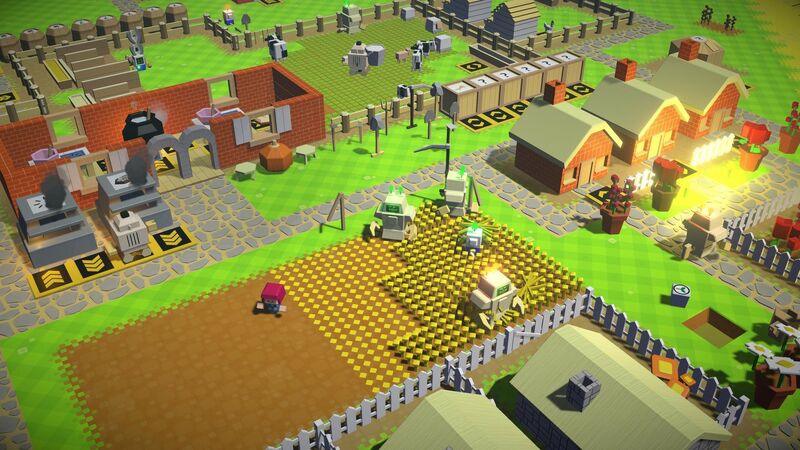 4.3
Another Games with Gold wave has landed, and this time it is a copy of Autonauts that's available. Keeping to the January schedule, Xbox Live Gold and Xbox Game Pass Ultimate members can now claim the latest arrival for no extra charge as a bonus game.

Autonauts is a construction- and automation-centric title. It has you crafting bots for your colony to bloom to an "autonomous paradise of agriculture, industry and enlightenment." You will be teaching workerbots to complete tasks using a visual programming language, slowly increasing their artificial intelligence to help with fishing, tailoring, farming, animal husbandry and more.

Xbox's backward compatibility feature is also letting Xbox Series X|S owners natively play this Xbox One game. Use the store link below using a Microsoft account to attach it to an Xbox library with Gold:


Travel the universe creating settlements on uninhabited planets with the sole goal of setting worlds in motion through the power of automation.

You have until February 15, 2023 to claim the title, which would then be removed from the promotion to make way for the second Games with Gold wave of the coming month. For those who missed it, Iris Fall from the previous Gold wave is still active too, with it slated to expire on January 31.

Keep in mind that claimed Games with Gold Xbox One titles are only playable while a subscription to either Xbox Live Gold or Xbox Game Pass Ultimate is actively being held.

"Games with Gold: Autonauts is now free to claim on Xbox" :: Login/Create an Account :: 2 comments

nothing beats a free game on whatever device it is

Free games are free games. Wish I had my Xbox still