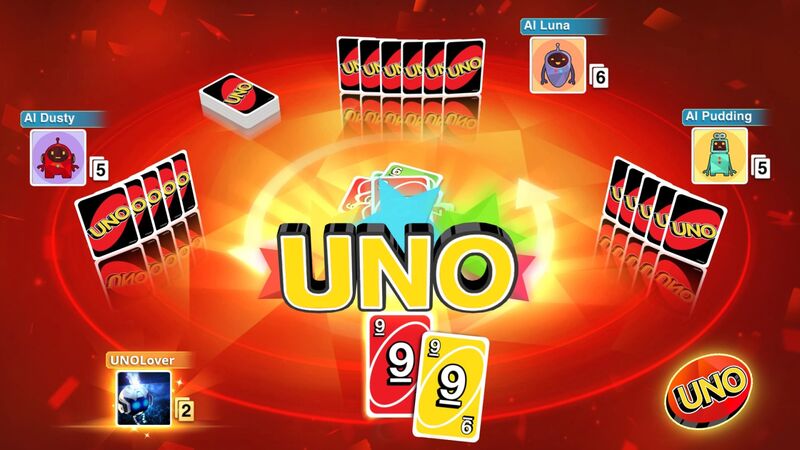 3.8
The Nintendo Switch version of UNO is currently plagued with issues following a recent update, causing some players to alert others to avoid buying the game in its current state. The video game adaptation of the classic card game has been available on modern consoles for years, including the Nintendo Switch.

Party games have a long history on home consoles, but video game adaptations of classic board and card games have their own history of success. A modern example of success in this genre can be found with the modern version of UNO that is playable on modern consoles, courtesy of Ubisoft. While it is very much the same card game that many know and love, these latest versions have some added uniquity thanks to the integration of other Ubisoft properties, a recent example being last year's Assassin's Creed Valhalla DLC for UNO. This DLC also came to the Nintendo Switch version of UNO, a notable release as Assassin's Creed Valhalla did not release on the platform.

As has become expected of multiplatform games, the Switch's version of UNO is known for having performance issues not found on other platforms, most of which were not major enough to become deal breakers for players. That has changed following a recent update that has caused the Nintendo Switch version to lose some important features. A user who goes by Deceptiveideas on the Nintendo Switch subreddit sent out a PSA warning that the recent update for UNO has "broken the game." Issues include problems with matchmaking, players no longer being able to try DLC modes for free, and no longer allowing players to play offline unless they make a Ubisoft Connect account, something that was previously optional.


This news is particularly troubling right now as the Ultimate Edition of UNO is currently at a 60% discount on the Switch's eShop, meaning players buying the game on sale will experience issues with it right out of the gate. The author of the PSA was able to test the Xbox version of UNO and confirmed that the game still functions properly on that platform following the recent update. It can therefore be inferred that the update was not applied or optimized properly for the Switch.

Initially, this could be interpreted as another case of a developer struggling with the Switch's comparatively underpowered hardware as was seen with Pokemon Scarlet and Violet's performance issues, but this would be curious considering the simplistic technical nature of UNO. Third-party releases typically perform worse on Switch, but these issues are usually found in larger gaming genres like open-world action games, not card games that had few issues running on older hardware. Ubisoft appears to have dropped the ball severely and created a difficult situation for Switch owners, and it remains to be seen what it will do to alleviate these issues.

it certainly is a drinking game, that's for sure