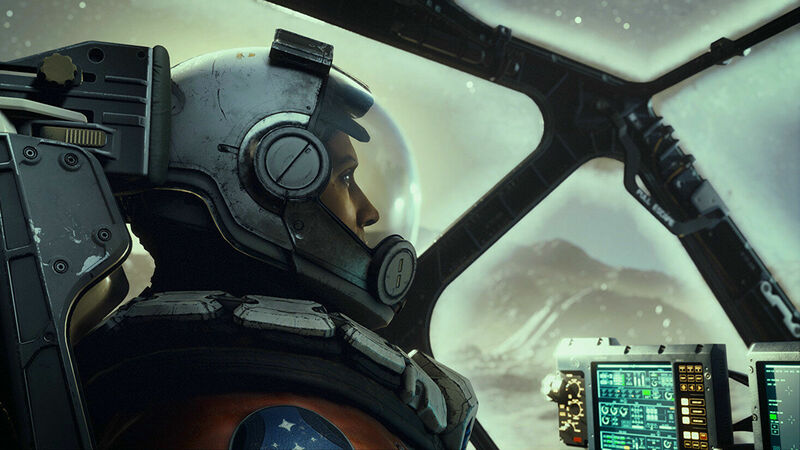 3.8
Xbox users looking forward to Starfield got some good and bad news this week: Starfield news is coming, but it's not going not be part of Xbox's next event. The company announced this week its plans to put on a showcase focused on Xbox and Bethesda games and quickly clarified that Starfield, a game that fans have been looking forward to for a long time now, will not be part of that event. The good news is that its absence will be made up for by a showcase dedicated solely to that game which is to come at a later date.

For those who looked at the Xbox Wire post about the first ever Developer_Direct from Xbox and Bethesda and skimmed the bulleted list of games that'll be present in the show, you may have been disappointed to see Starfield not among those mentioned. A disclaimer just above that clarified that Starfield will get its own show later, however.

"To dedicate the proper amount of time for a deep dive into Bethesda Game Studios' Starfield, a standalone show is in the works," the reassuring message in the Xbox Wire post said.

Would-be Starfield players shouldn't find this game's absence during the upcoming show too surprising since rumors about the showcase shared previously suggested that the game wouldn't be there, though Starfield really hasn't been at many things over the past couple of months anyway. Fans have gotten small snippets of info from things like developer interviews and behind-the-scenes looks at the game, but in terms of actual gameplay or showcases like this upcoming one, it's been pretty barren. The game made a brief appearance during The Game Awards 2022, but that cameo only consisted of some quick footage from the game during an Xbox Game Pass highlight reel as well as the fact that the game won the Most Anticipated Game award.

Xbox has not yet confirmed when this Starfield showcase will take place. Given that the Developer_Direct isn't happening until the end of the month, it seems unlikely that the Starfield event will happen prior to that, so we'll have to wait for an official announcement to determine when we'll see more Starfield.

with all this hype, the game better be good when it's released

Yeah this game keeps getting a lot of hype.