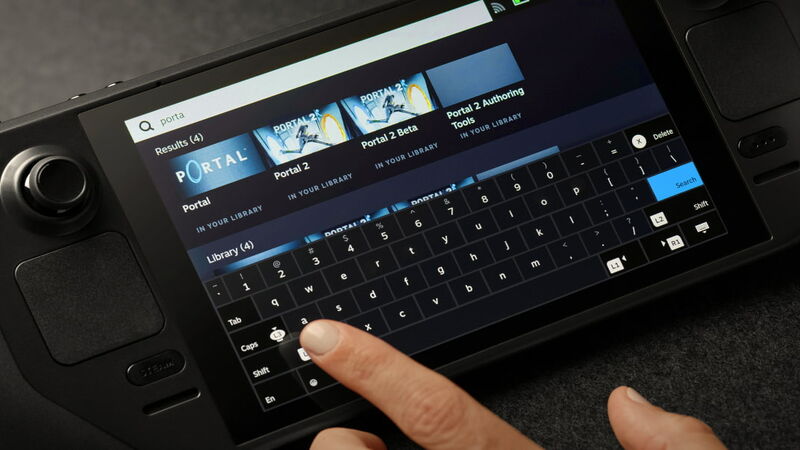 3.6
Valve has revealed the most played games on the Steam Deck for December 2022. The gothic horror-themed action game Vampire Survivors placed first in hours played.

2022 was a big year for the Steam Deck. From selling limited quantities at launch in February to opening purchases to all without reservation in October, the Steam Deck has become much more accessible to the public. Praised for its versatility and interoperability, the Steam Deck won Best Gaming Hardware at the 40th Golden Joystick Awards. Demand is only growing for the powerful emulator, with more than 9 million viewers tuning in to The Game Awards on Steam in hopes of winning a free Steam Deck.

The official Steam Deck Twitter account announced the top 20 games of December 2022, sorted by playtime. Vampire Survivors, developed by the London-based indie studio poncle, beat out Elden Ring and The Witcher 3: Wild Hunt for first place. Below is the full ranking:

The December ranking came as no surprise to many gamers. This is the third month in a row with Vampire Survivors as the most-played game on the Steam Deck. The survival roguelike boasts Overwhelmingly Positive reviews on Steam for its high replay value and addictive gameplay. Priced at just $4.99, the indie title is significantly more affordable than other games in the rankings. These include Elden Ring and Cyberbunk 2077, which both cost $59.99.

Some gamers were shocked to see many older titles on the list, such as Fallout 4 and The Binding of Isaac: Rebirth. One of the oldest games in the ranking is Grand Theft Auto V, which launched in 2013. The action-adventure game was released on Steam in 2015.

Valve has announced that it intends to bring performance improvements to the Steam Deck. Future models may have improved screens and increased battery life. However, these changes likely aren't coming soon, according to a recent interview with Steam Deck designers by The Verge. "I think we’ll opt to keep the one performance level for a little bit longer, and only look at changing the performance level when there is a significant gain to be had," designer Pierre-Loup Griffais said.

Steam always is a toss up with the games cuz they just have so many.

Some of the games surprise me, steam deck is amazing.