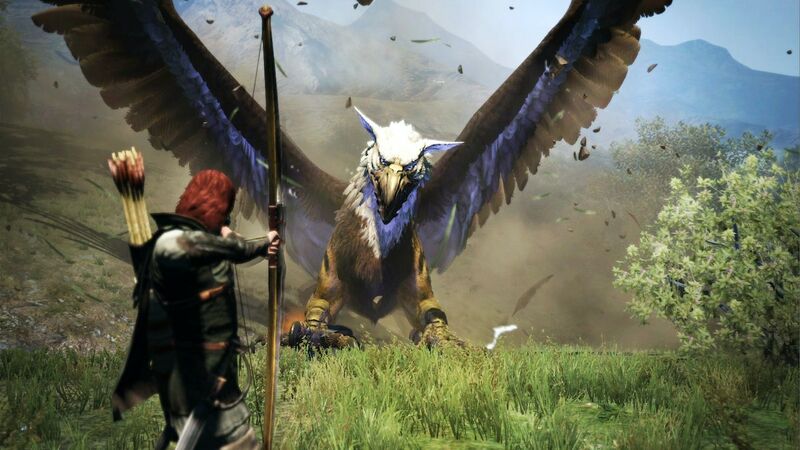 3.8
Dragon's Dogma fans got not just one but two updates on the upcoming sequel Dragon's Dogma 2 this week, and both of which paint the game in a promising light ahead of its eventual release. It doesn't yet have a release date following Capcom's reveal of the game in June, but according to its director Hideaki Itsuno, it's shaping up to be an "interesting" game that Capcom will have more news on soon enough.

Our first update from Itsuno came from a discussion with Famitsu where developers voiced their hopes and goals for 2023. Those comments from Itsuno were translated to reveal that progress on the game was "moving along well," and as a follow-up to that, Itsuno shared a more public New Year's message for fans that echoed those sentiments.

"Happy New Year. Development of Dragon's Dogma 2 is progressing well. It's becoming an interesting game," he said in a tweet shared on Saturday. "Stay tuned for more news."

Dragon's Dogma 2 has been a long-awaited announcement for a while now, but Capcom hasn't said much about the game since its reveal, so updates like these are welcome ones no matter how small they may be. Dragon's Dogma was the first game in the series and got an enhanced edition called Dragon's Dogma: Dark Arisen later, and while an online game called Dragon's Dogma Online launched years ago, it was exclusive to Japan and was considered a spin-off. Therefore, this is the first mainline Dragon's Dogma game that players will have gotten since 2012, so it's been a highly anticipated one.

When this game will come out remains to be seen, however, so Dragon's Dogma fans will just have to make do with what they have now and updates like these until we learn more about the game. Thankfully, Dragon's Dogma: Dark Arisen frequently goes on sale for those who may not have that version of the game, and there's also a Dragon's Dogma series on Netflix, too, to keep players occupied until Capcom shares more about the sequel.

Must be very exciting if to hear if you've been waiting all that time!

certainly will be a game I'll be playing very soon, and the update looks promising

This looks like a pretty cool and fun game.