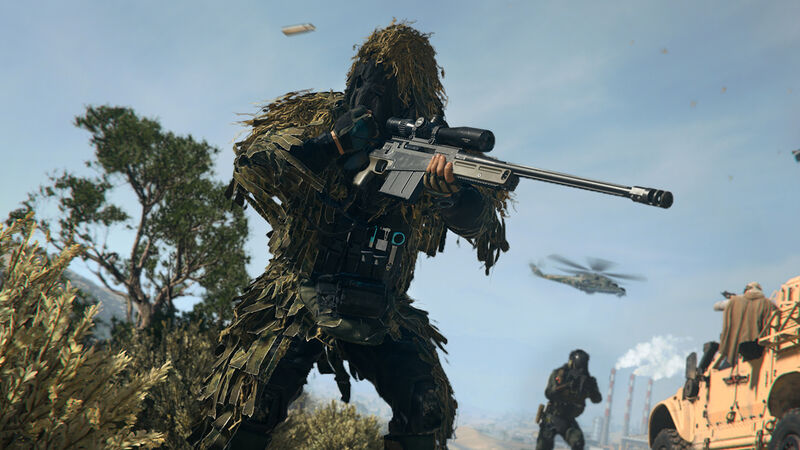 4
A player of Infinity Ward and Raven Software’s Call of Duty: Warzone 2 has discovered a new proximity chat bug sure to cause frustration for some fans of the highly successful, yet highly glitchy, Battle Royale game. The unusual bug with the free-to-play shooter’s proximity chat causes player names to remain on screen when they’re done speaking, leading to a blurry, indecipherable mess and serving as the latest example of the numerous glitches in Call of Duty: Warzone 2.

Released to great fanfare earlier this year following the success of 2020’s Call of Duty: Warzone, the free-to-play Call of Duty: Warzone 2 has received a mixed reception from many players and critics. The addition of new features like proximity chat and the Escape From Tarkov­-inspired DMZ mode in Call of Duty: Warzone 2 were praised by gamers for helping breathe new life into the franchise, but other gameplay changes and a seemingly endless series of gameplay glitches have been decidedly less popular with players. This latest glitch affecting the game’s proximity chat is likely to annoy players already disappointed with the seemingly unfinished state of the game.

In a new post on the r/CODWarzone subreddit, user KennKennyKenKen shared a screenshot of an unusual bug that they encountered with Call of Duty: Warzone 2’s proximity chat feature. The screenshot shows the edge of the screen where the names of players are listed while speaking using proximity chat but, instead of disappearing when a player finishes speaking like expected, all the names remain on the screen layered on top of each other. The end result of this frustrating bug is that it becomes impossible to see who is speaking as the names become increasingly blurred.


One helpful response pointed out that players can temporarily fix the bug by disabling and then re-enabling proximity chat, with another user noting that the bug was a known issue under investigation on Call of Duty: Warzone 2’s Trello page. Several Warzone 2 players shared stories of experiencing the frustrating glitch for the past several weeks, while other users bemoaned the current state of the game, calling out ongoing UI bugs and gameplay crashes.

With its rock-solid gunplay, exciting new modes, and active player community, Call of Duty: Warzone 2 has a lot to offer Battle Royale fans, but a seemingly endless stream of gameplay bugs has left a sour taste in some players’ mouths. While they wait for Raven Software to issue yet another round of bug fixes, at least players can still amuse themselves by becoming an Uber driver in Warzone 2.

Well at least it's not in-game player names!
I find that really annoying for some reason...

yeah, they need to fix this bs asap ffs

wish they did better with this game nothing to keep you glued to it, nothing these days will be like the original mw2

I haven't played in like 2 weeks now I maxed the pass and just got bored tbh. Mw2 and warzone got so boring fast. We need a rebirth asap