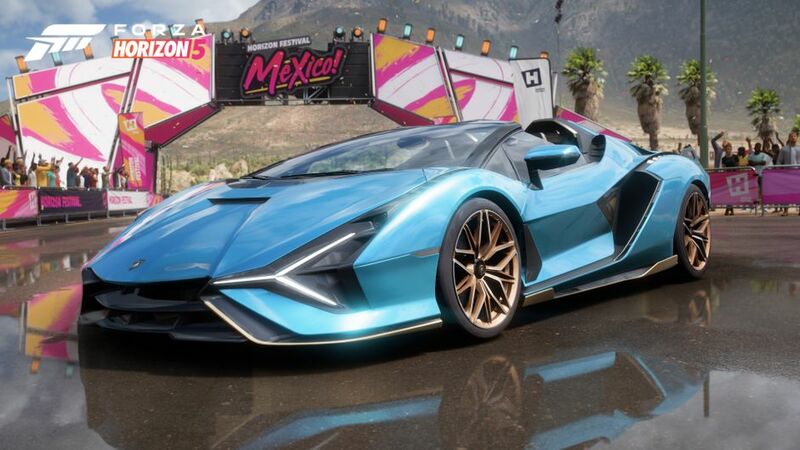 4.3
Playground Games is giving out a free car in Forza Horizon 5 to close out 2022. While Xbox's Forza franchise has seen a number of different entries in recent years, 2022 didn't happen to bring a new game tied to either Forza Horizon or Forza Motorsport. And while this will end up changing within the coming year, Playground Games has made sure to continue supporting the most recent installment in the series, Forza Horizon 5, in small ways like with this new offer as time has gone onward.

You can get a look at the Lamborghini Sian Roadster in action via the tweet below:

You’ve done it! Thanks to the generosity of the #ForzaHorizon5 community, the 2020 @Lamborghini Sián Roadster has been unlocked for all players as this year’s Secret Santa reward!

Redeem yours from the Gifts tab of the Message Center and drive the most powerful Lamborghini yet. pic.twitter.com/ghcrEbEZPT


While Playground Games has continued to support Forza Horizon 5 throughout 2022, it seems like these updates will start to slow down in 2023 as Xbox instead gears up to release the eighth mainline Forza Motorsport game. Simply titled Forza Motorsport, the next entry in the series doesn't yet have a release date, but Xbox has confirmed that it will be launching in the first half of the new year. Additionally, it will be the first Forza game that will solely be available on current-gen hardware as it has been designed specifically for Xbox Series X/S and PC.

In the interim, and as mentioned before, Forza Horizon 5 is available to play right now across both last-gen and current-gen Xbox consoles along with PC. Additionally, since FH5 is a first-party title from Microsoft, Xbox Game Pass subscribers can look to download and play the game as part of their membership as well.

should make all the racing car game franchise free, because they're trash

They have been a bit repetitive. But there's only so much you can do with a racing game really.

It was a pleasant surprise to get the Sian though

Yeah these games are all the same and boring