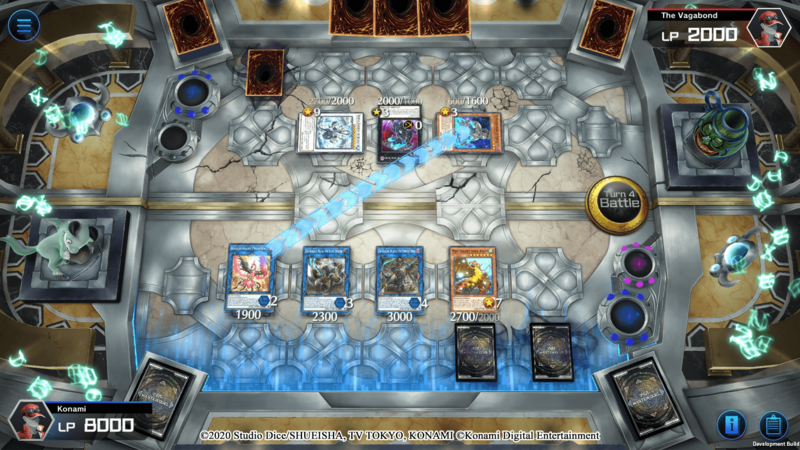 3.5
Konami recently revealed the January 2023 update to Yu-Gi-Oh! Master Duel's banlist and 12 cards will be seeing their status in the game changed. Since the newest online platform for the popular card game was released early this year, Konami has regularly made updates to the game's banned and limited cards to address powerful strategies. Recent months have seen the developer making changes to the card game's banlist at the beginning of every monthly season. Now, the newest update will see a dozen cards affected with no cards banned.

The most recent past changes to Yu-Gi-Oh! Master Duel's banlist for the December season saw several of the game's most powerful strategies affected. The controversial "Barrier Statue of the Stormwinds" was banned on the previous banlist after decks like Floowandereeze and Tri-Brigade could easily use the card to lock opponents out of Special Summoning. Other less problematic cards like "Galatea, the Orcust Automaton" and "Magical Meltdown" also moved up the list. Now, strategies from Runick to Branded Despia will be affected by the January banlist.

The January update to Master Duel's banlist sees two cards joining the game's Limited list while eight will be added to the Semi-Limited category and two will return to Unlimited status. Both cards being limited have seen heavy play in some of Master Duel's most powerful decks throughout the game's history. "Supreme King Dragon Starving Venom" is a powerful Fusion Monster that has seen use both in Pendulum decks and many prominent FTK decks. "Block Dragon" allows Rock decks like "Adamancipator" to constantly recycle and refresh their resources.


Eight cards will join the Semi-Limited list in Yu-Gi-Oh! Master Duel with many seeing upgrades from one to two copies per deck. Cards like "Sky Striker Ace - Kagari" and "Supreme King Dragon Darkwurm" will give powerful tools back to the Sky Striker and Pendulum decks, respectively. Meanwhile, cards like "Pot of Duality" and "Card of Demise" moving from three copies to two will look to curb the power of the recently released Runick deck. "Wind-Up Carrier Zenmaity" and "ABC-Dragon Buster" will also be freed from the Semi-Limited list.

The newest change to Master Duel's banlist comes as the game is quickly approaching its one-year anniversary next month. The recent addition of the "Alba Abyss" Secret Pack served as the first permanent new pack added to the game since its release, giving players another chance to pick up the Branded cards. Konami has also been more heavily pushing the game's competitive side in recent months, launching the European Challenger Cup tournament series. With competitive events ramping up and plenty of cards still yet to be added, Yu-Gi-Oh! Master Duel looks to have plenty in store for fans in the near future.

It's interesting to see cards banned to stop overly successful strategies. Sounds like a nice initiative to keep a game alive...

never played these type of games, so don't care what's on their banlist

I just could never get into this or Pokmon lol.