Rumor: Redfall Release Date Could Be Getting Delayed Again 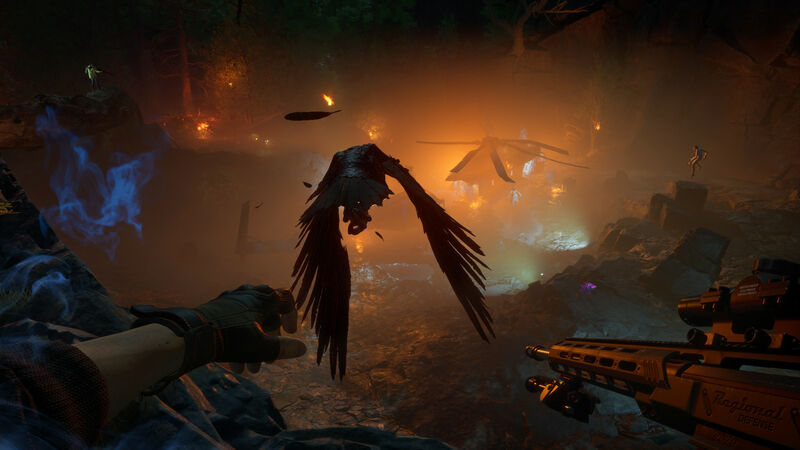 4
Co-op vampire shooter Redfall could be getting hit with another release date delay, according to the latest rumors. Redfall is the next game from Bethesda's Arkane Studios, developed specifically by Arkane Austin. Drawing comparisons to Left 4 Dead, Redfall is a first-person shooter game where players find themselves at odds with a variety of vampiric monsters.

Redfall was first unveiled to the world as part of Xbox's E3 2021 presentation, with plans to launch the game as an Xbox Series X console exclusive in 2022. Unfortunately for Xbox gamers, Bethesda had to delay both Redfall and Starfield from their planned 2022 release dates, pushing the titles back to vague 2023 release windows. Redfall has yet to get a new concrete release date, but it seems that it's going to come out later than expected.

Have heard that it's been pushed back internally by about 6 weeks. Currently targeting an early May release.

Unfortunate news but I'm sure it's for the best. https://t.co/JuytC5KxWw pic.twitter.com/PIsBaH24y3


Since Redfall never got a new public release date, this is unlikely to upset too many fans, as they haven't had any real idea of when to expect the game. This may actually help narrow things down, assuming the leaked information is correct, and it will be interesting to see if Redfall does indeed release in May or not. Whenever it does launch, fans can expect Redfall to launch as a day one Xbox Game Pass game, so it should be an exciting time for subscribers of the service.

Securing more day one Xbox Game Pass games is one of the main reasons Microsoft acquired Bethesda and its associated studios. Game Pass could also prove hugely valuable to an unproven IP like Redfall, as more gamers may be willing to give it a shot since they don't have to pay full price to check it out. Not only that, but its status as an Xbox Game Pass game should make it much easier for gamers to set up Redfall co-op sessions with their friends.

Redfall will launch in 2023 for PC and Xbox Series X.

"Rumor: Redfall Release Date Could Be Getting Delayed Again" :: Login/Create an Account :: 3 comments

sure, nothing new there. all we have been seeing most of the time are delays on games

Dang that sucks. So many delays for us gamers