Death Stranding Will Be Free On Epic Games Store For Christmas 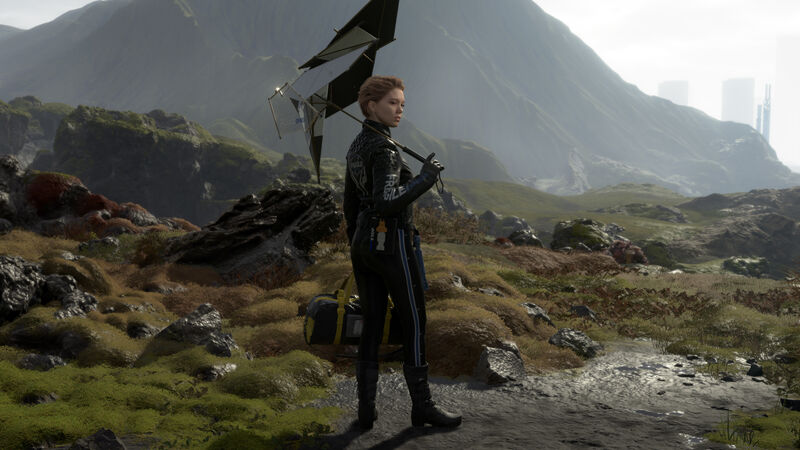 3.8
Death Stranding will soon be free on the Epic Games Store for Christmas, at least according to reports. The news comes from a series of leaked images which recently turned up on Reddit and Resetera before making the rounds on other social media platforms, especially Twitter. Epic for the moment still has the release for Christmas listed as a “mystery game.”

The game in question is described as “a genre defying experience” from the legendary designer Hideo Kojima. “As Sam Bridges, your mission is to deliver hope to humanity by connecting the last survivors of a decimated America,” the official description explains. “Can you reunite the shattered world, one step at a time?”

Death Stranding was released back on November 8, 2019 for PS4. The game went on to receive a release for PC on July 14, 2020. In other words, this particular version of Death Stranding came out on Bastille Day, most likely a simple coincidence, but when it comes to Kojima, you never truly know. The reception was mixed, but mostly positive in both cases.

This only represents the latest in a long line of big releases which have been handed out for free by Epic. XCOM 2 for example was given away back in April. “Earth has changed and is now under alien rule,” the official description begins. “Facing impossible odds, you must rebuild XCOM and ignite a global resistance to reclaim our world and save humanity.”

Metro Last Light Redux is free on Epic Games Store for the next 24 hours. Death Stranding is the next free game on Christmas Day https://t.co/sCNJdcED9c pic.twitter.com/wnc7HeyGwe


Epic also gave away the best Star Wars game of all time earlier this year, Squadrons. The game calls on players to “master the art of starfighter combat in the authentic piloting experience Star Wars: Squadrons. Feel the adrenaline of first-person multiplayer space dogfights alongside your squadron and buckle up in a thrilling Star Wars story.”

"Death Stranding Will Be Free On Epic Games Store For Christmas" :: Login/Create an Account :: 3 comments

great for them giviving this game out for free for xmas

Sweet I love when good free games coke out. Epic is good at it.