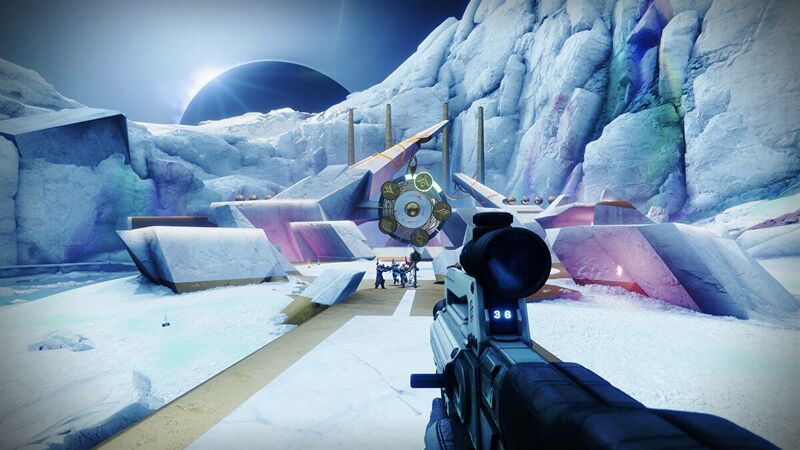 4.2
It's hardly secret by now that Bungie, the studio behind the original Halo games and the Destiny franchise, is working on several concurrent projects alongside Destiny 2 itself, and a new job listing suggests that Destiny 2's own Tiger engine will run one of these new projects. The specifics of this unannounced third-person game are still unknown, however, with not much information to go on at all.

Destiny 2 veterans will know that Bungie hasn't been shy when it comes to admitting that the game's aging Tiger engine bottlenecked its development. While substantial changes and upgrades have been made to the engine ever since, some players are bound to have hoped that the studio would forego Tiger entirely for its next title, though this doesn't seem to have been the case.

The Game Post has reported on Bungie's new job listing for a Lead Gameplay Engineer that would work on an as-of-yet unannounced third-person game that's seemingly unrelated to Bungie's upcoming Matter game. TGP managed to snag a screenshot of the listing where it plainly referenced that the responsibilities of the position include the building and maintenance of the many disparate systems and features of Bungie's Tiger engine, though it's curious to note that this has since been amended to remove the engine reference from the document. 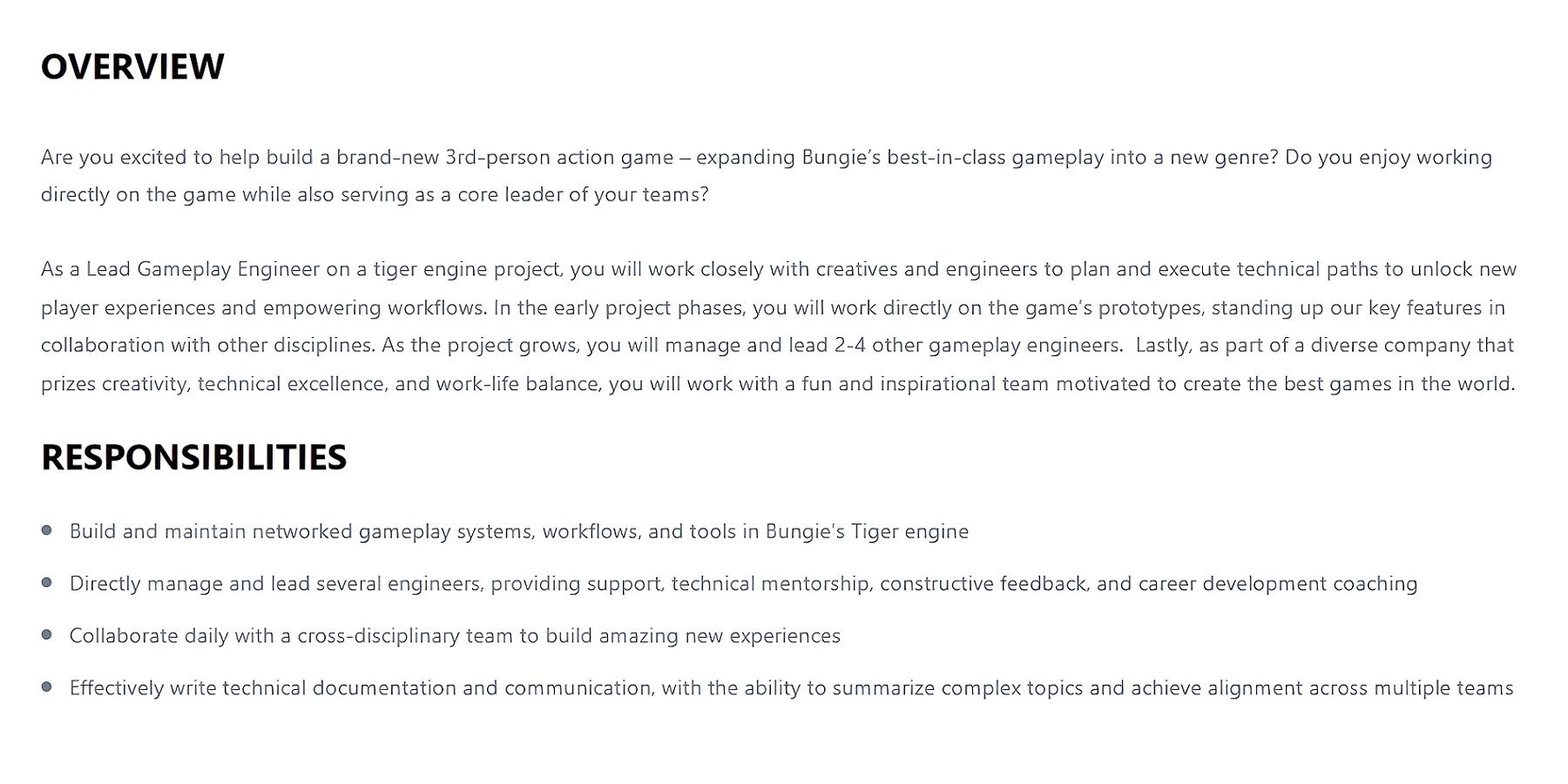 Bungie has been working hard to update the Tiger engine to support new features and systems over the past couple of years. In fact, Bungie doesn't sunset Destiny 2 content anymore thanks to substantial Tiger upgrades, making it seems like the days of technological bottlenecks may be over for the time being. Though it's strange that the official listing no longer mentions Tiger engine by name, Bungie is likely looking to leverage its staff's expertise in this particular software suite, rather than having to get its developers to learn how to work in an entirely different engine.

Alongside Matter and the unannounced third-person game, Bungie is now seemingly also working on a comprehensive live-service Marathon revival, to boot. Information is currently slim about all three of these projects, but if the third-person game does indeed end up leveraging Tiger engine in the end, it's entirely possible that the Marathon extraction shooter would end up getting handled similarly. The networking and live-service development that went into Tiger as part of Bungie's Destiny upgrades is bound to be useful for any other hypothetical live-service game, after all.

Yet, it's worth keeping in mind that Destiny 2's many technical issues have been around for close to a decade by now, and may be caused by Tiger's potential inadequacies in some respects. Only time will tell whether these problems will stay relevant even outside of Destiny's own ecosystem, however. As an aside, the fact that Bungie ended up removing the Tiger engine reference from the job listing post-haste may suggest mentioning it was a mistake in the first place.

Not a fan I think there time is over anymore