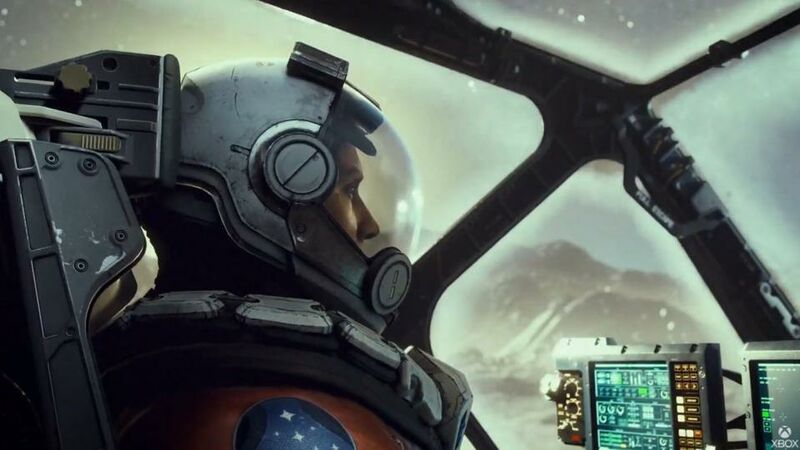 3.5
New Starfield gameplay details have finally been shared by Bethesda, as the Fallout, Skyrim, and Elder Scrolls developer confirms how the dynamic quest and faction systems will work in the RPG game, as well as how players will be able to visit our very own Solar System and scour the planet Mars – plenty to look forward to ahead of the Starfield release date.

“We have new tech to take whole locations that we’ve built and put them on the planets,” Chen explains. “You can go to an outpost and find there’s a whole group of people there with a problem. Whereas before it might just have been a person coming to you along the road, now it’s a whole location.

“They might have a problem like ‘one of our number was kidnapped by some pirates, we think they’re over there.’ We can actually place a whole other location, with enemies surrounding it, so it’s a dynamically placed settlement that is taking you to a dynamically placed dungeon.”

Chen also explains how our own Solar System, formally named Sol in Starfield, will be explorable, with the Starfield main quest taking you to uncover the fate of Earth and the surface of Mars.

“Very early on, we take you to our own Solar System, which in our lore is called ‘the Old Neighbourhood’,” Chen says. “You’ll be sent there on a mission from Constellation to discover the mystery of the artefacts, and you’ll be trying to question what happened to Earth. But also you’ll go to Mars and there’s one of the earliest settlements that humanity created after they left Earth. It’s a whole city with its own problems and people.”

With 1,000 planets reportedly available to explore in Starfield, it’s nice to know that our own blue bauble is among them. Chen also discusses how Starfield factions might work. Can you join all of them? Can you finish the quest lines for every faction, even though they might come into conflict? Chen says you can complete all the faction quest lines “independently.”

“We discussed early on about whether we make some of the factions in conflict with each other, and we decided we really want to make sure you can play through all the faction lines independently of each other,” Chen explains.

“You’re influencing the direction of where this faction is going to go. So for example the Free Star Rangers, what’s more important, is it justice or industry? Where are you going to try to nudge them? So you don’t necessarily end up as the head of every single faction but all the major characters in every faction quest line will be reflecting on your choices.”


There’s also a dynamic change to how companions work, as compared to some other Bethesda RPGs. As well as offering their opinions and perspectives throughout the main quest line, which is based on the Constellation faction, Starfield companions will help out around your ship, carry your gear, and can be relied upon to talk or negotiate in your stead should the need arise.

“We’ve added lots of points where you can ask them to speak for you,” Chen says. “So you might have a companion and you’ll be challenged by someone saying ‘you can’t come through here,’ and you can turn to your companion and say ‘hey, can you handle this?’ And they will speak on your behalf, and there could be consequences, good or bad, based on what they say.”

they are certainly releasing a lot of info on what to expect from this game before release, which is great

It sounded cool but I don't think I'll get this game.