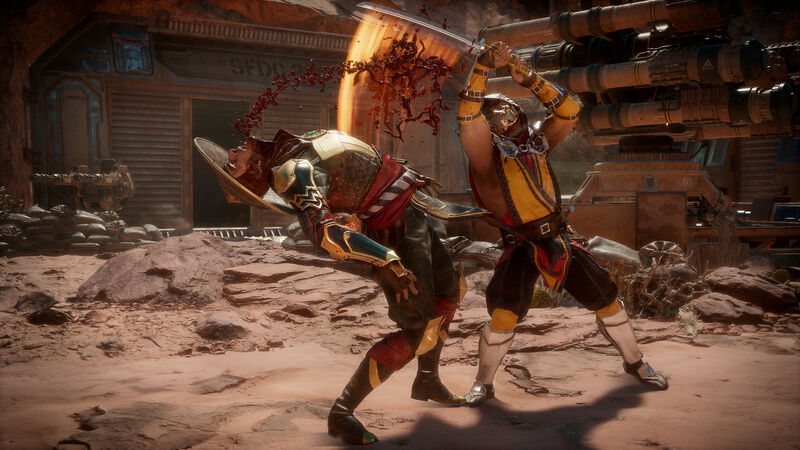 4.6
Mortal Kombat 11 had a vast roster of characters, but despite this, it was still missing many fan-favorite characters. And this is inevitable. Mortal Kombat has been going for so many years and it's featured so many playable characters over the years as well that inevitably some don't make it into every game. One character many players were desperate to see added to Mortal Kombat 11 was Smoke, while another was Stryker.

Smoke as a ninja has a bit of a larger fandom, but both characters were in demand before MK11 was released and during its post-launch support. Neither were added though, and the reason why is simple. According to series co-creator and director Ed Boon, "they needed rest." And that's it. This is obviously a disappointing explanation for those who were desperate to see them in the most recent installment, but it opens the door for them to be in Mortal Kombat 12.

Speaking of Mortal Kombat 12, there's still no word of when it be revealed, let alone released. That said, the aforementioned Boon did seemingly tease the game's roster, or at least a few characters that may be contained within it. Unfortunately for Smoke and Stryker fans, neither have been mentioned so far. This isn't a bad thing, as some of the characters mentioned were actually seemingly unconfirmed. What it means though is there's nothing to be excited about yet if either of this pair is your favorite character.

Love the MK game specially the last one !