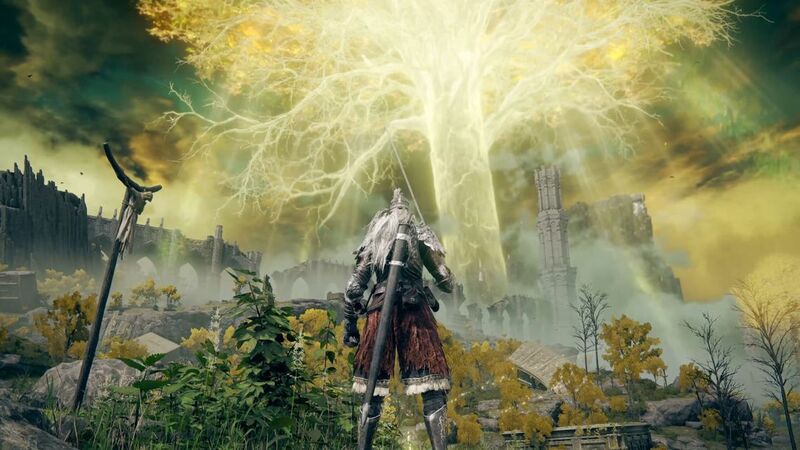 3.9
In the latest Computer Entertainment Developers Conference held at Kyushu, Japan, 3D graphic artist Atsushi Miyauchi and visual artist/motion designer Teppei Morita spoke in a lecture about their "hospitality techniques" for Elden Ring. These are design choices that shaped Elden Ring as a unique and distinct experience in terms of world design and enemy artistic expression.

Hospitality is a term the developers use in describing how they add characterization to their world in order to help players "find things" and also "remember these things." For this to happen, they focus on three main world components with varying importance and player guidance methods. Large (Area Concept and Color), medium (Landscape Variation), and small (Boredom Reduction Elements).

They first establish a general concept and a theme/color for each area, then add large and characteristic silhouettes of topographic elements and unique landmarks to provide the player with a sense of curiosity even from a distance, then add multiple exploration elements and detours to gently guide the player to the medium elements without them getting bored along with the way, or forcing them to do any decision-making. Their main focus was not to overwhelm the player with UI icons and arrows but to craft a natural landscape that inspires a genuine urge to explore from within the players themselves.

Adding even more to the rich world experience, the enemies were designed to be unique and personalized. In order to achieve this, the team first decides on keywords or themes to describe the enemy, such as "A sense of grandeur" or a "Character of unparalleled strength" for Starscourge Radahn, verbalized subtly by his confrontational stand-by pose, with his blade directly facing the player. The team then digs deeper into the concepts and connects his various actions to this base form, creating tension and fear, but with a different thematic origin depending on what message the developers want to convey in design. 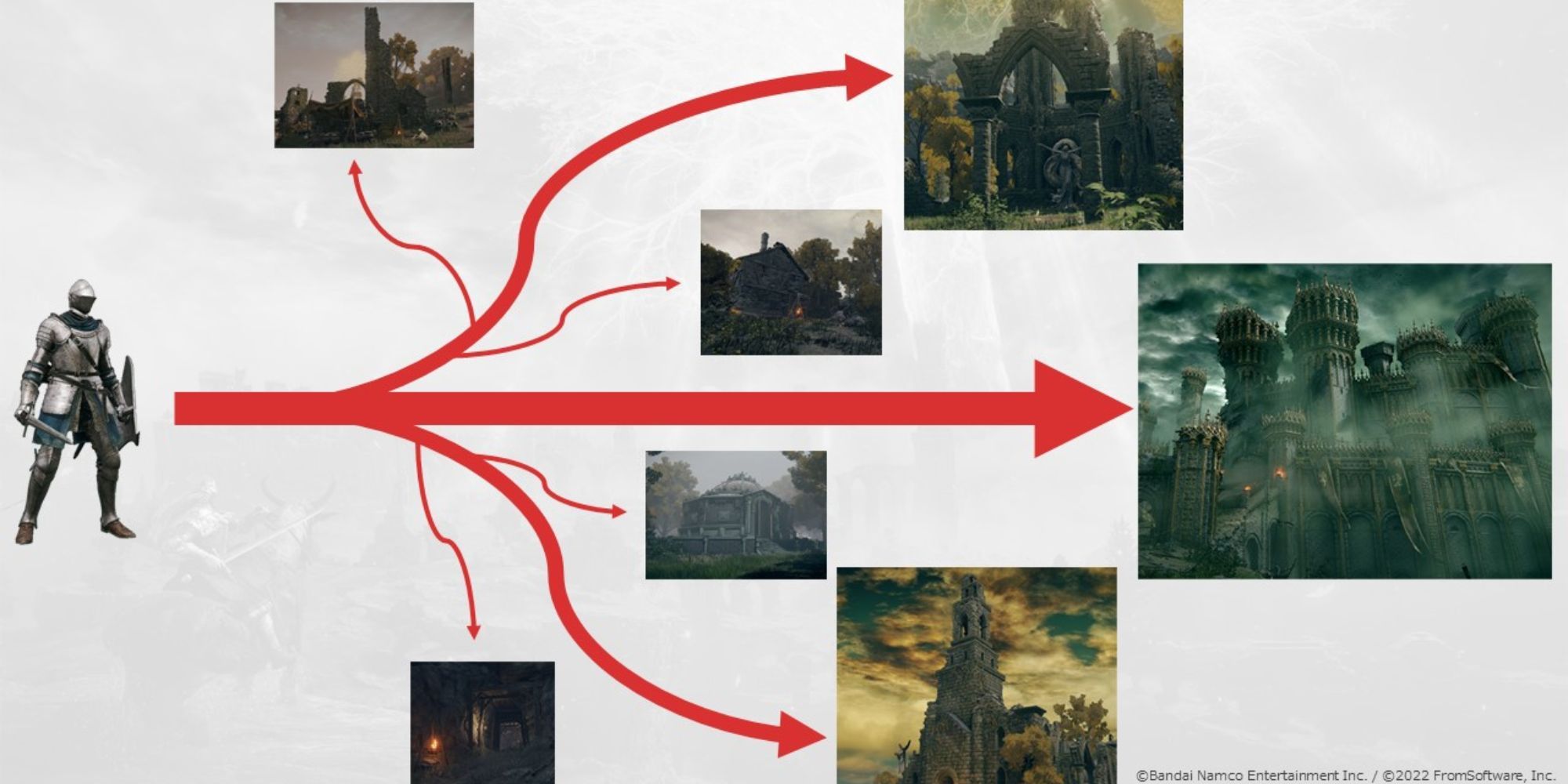 Digging deeper into the themes of the enemies is not limited to their attack motions, but also cutscenes, NPC conversations and map production. Godrick the Grafted, an iconic prologue boss carry themes such as a "Strange Being With Many Arms", "A King's Dignity" and "A Desire For Power", so his introduction cutscene starts with showing his arms first, then his face. He is also described as a "Power-Seeker," which is born from his own weakness, and that's why he obtains power by disassembling other people's bodies and attaching them to his own body.

Miyauchi concludes his lecture by summarizing these efforts related to world background and enemy lore with him saying that the team at FromSoftware creates games with iconic high-difficulty, but at the root of these experiences lies the feeling of hospitality for the players, born from a careful construction of each game aspect –no matter how small it is– to deliver adventures that are always full of fun and excitement.

This Elden Ring is absolutely awesome. Better than games like LOTR

Elden ring seems cool I just can't bring myself to play it. We need a lord of the rings game fr.