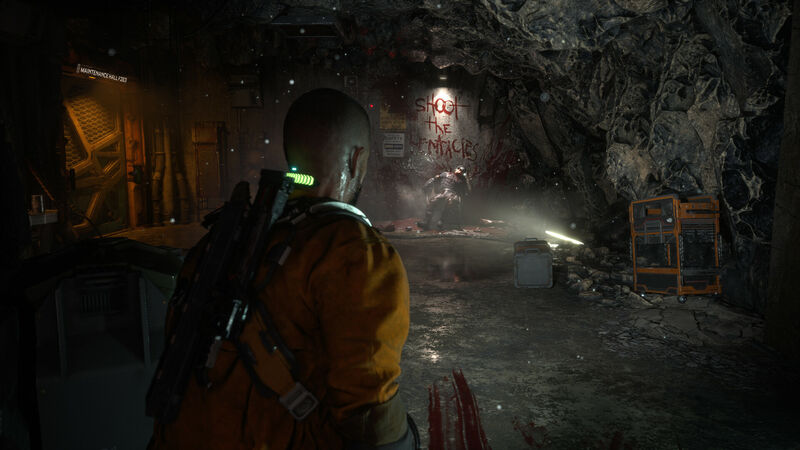 3.5
You might get in trouble for doing glitches and exploits in The Callisto Protocol. The Callisto Protocol is one of the last big releases for 2022 and it's one of the most anticipated. While it appeared like it was on track to be a slam dunk with its creepy sci-fi horror atmosphere, immense amounts of gore, and unique premise, it doesn't seem to be an instant hit. Upon launch, The Callisto Protocol began dividing players and critics alike with many critiquing the gameplay, the story, and the game's major performance issues on PC. While some are championing it, others are feeling extremely put off by it, resulting in a variety of opinions on the game.

There is, however, another strange component to The Callisto Protocol. Despite being a single-player game with no online elements whatsoever at this point in time, The Callisto Protocol has a lengthy terms of service policy and code of conduct. While some of it isn't too noteworthy, there are a lot of rules that stand out quite a bit. For instance, there's a section that tells you that you could face "severe penalties" and "action" could be taken against you if you use any glitches or exploits. There's also a section that tells you to not play the game "abnormally" and says that if you play the game in a way that was not intended (unclear exactly what that means), action could be taken against your account. Given this is a very linear single player game where a glitch wouldn't hurt anyone else's experience, many found this to be quite odd. However, it was quickly pointed out that these rules are identical to the ones in PUBG, which is also published by The Callisto Protocol publisher Krafton.

The rules of conduct for a single player video game. pic.twitter.com/HPffjWdYra


With that said, if these rules are accurate and were reviewed and implemented for The Callisto Protocol, it begs a lot of questions. What does this mean for speedrunning, for instance? If a player uses techniques and glitches to speedrun the game, will they get in trouble? Who knows! Only time will tell, but it is a bit peculiar.

"The Callisto Protocol Warns Glitching Could Get You in Trouble" :: Login/Create an Account :: 4 comments

Such a sad game world we live in nowadays