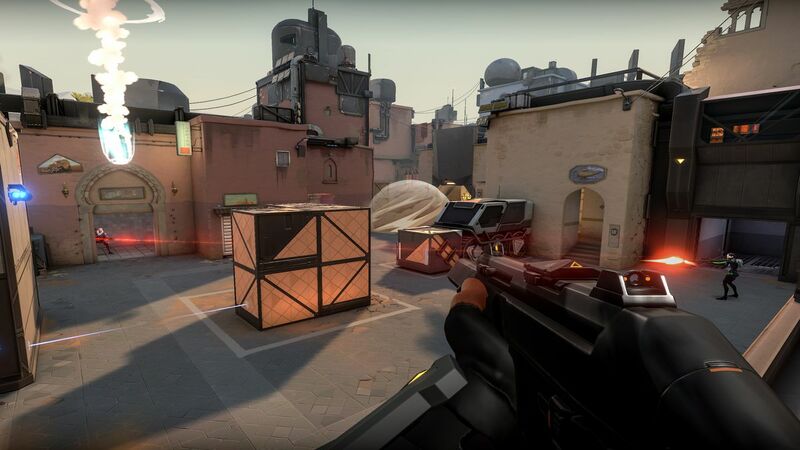 3.6
It looks like Riot Games is planning to bring Valorant to consoles. A new job listing has apparently been posted by Riot Games on the Hitmaker website, and it seems the developer is looking to hire a game design manager specifically for consoles. The job description discusses the importance of anticipating the needs of players on "all relevant platforms," and Riot is looking to hire someone with "experience developing on multiple platforms, PC, Mobile, and Console." While fans will still want to wait on an official announcement from Riot Games, it certainly sounds like Valorant could be coming to PlayStation and Xbox platforms!

"As a Game Design Manager for Console, you will help set a vision and guide designers on bringing VALORANT to new platforms. You will be responsible for upholding design principles that define VALORANT on PC while transforming it into the definitive tactical shooter for Consoles," the listing reads. "Through your leadership and guidance, the design team will adapt the highly challenging PC gameplay to better work for an audience playing on gamepad.

The internet era has made it much easier for video game companies to find new hires, but it's also resulted in a lot of information trickling down to fans before official announcements are ready. Given the fact that Riot is looking to hire key roles for console versions, that could mean that it'll be a while before Valorant is ready for other platforms. There's simply no way of knowing for sure, but this is definitely an encouraging sign for PlayStation and Xbox fans. Valorant has gotten a lot of attention since it debuted more than two years ago, and a console release could open it up to a much bigger pool of players. Of course, there's no way of knowing whether the console versions would include cross-play, but we'll know a lot more when Riot Games is good and ready!

For the time being, Valorant is available exclusively on PC.

I would give it a try out on the console

The game looks cool I just haven't tried it yet.