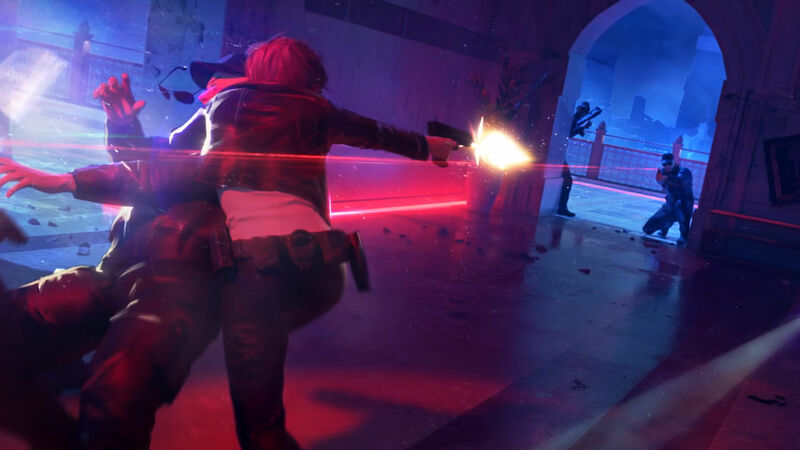 4
News on Xbox's Perfect Dark reboot has been coming along slowly, but Crystal Dynamics CEO Phil Rogers recently commented on the game during an earnings call for parent company Embracer Group. During the call, Rogers said that "the project is going extremely well." Development on the game is a joint venture between The Initiative and Crystal Dynamics. The latter company's involvement was revealed last year, prior to its purchase by Embracer Group. However, The Initiative confirmed earlier this year that Crystal Dynamics will continue working alongside them. During the call, Rogers went on to praise the collaboration between the two teams.

"What's been so promising internally is seeing how our team took on this opportunity, a new way of working. If we think about the future of how we work, collaboration across studios, across time zones, across geographies, across different companies, will all become more common, so it is great to see the team at The Initiative and our team across Crystal studios working so well together," said Rogers.

The original Perfect Dark launched in 2000 on Nintendo 64. Developed by Rare, Ltd., the game was the studio's follow-up to GoldenEye 007. Microsoft acquired the rights to the franchise when it purchased Rare in 2002, and released a prequel for the Xbox 360 in 2005. A remaster of the original game released on Xbox platforms in 2010, but Perfect Dark fans have been waiting more than a decade to see the series return. As such, there will be a lot of anticipation prior to the game's release; hopefully The Initiative and Crystal Dynamics can deliver an adventure that lives-up to Joanna Dark's best!

Hope it's just as good as the OG

I think the game will be pretty good !