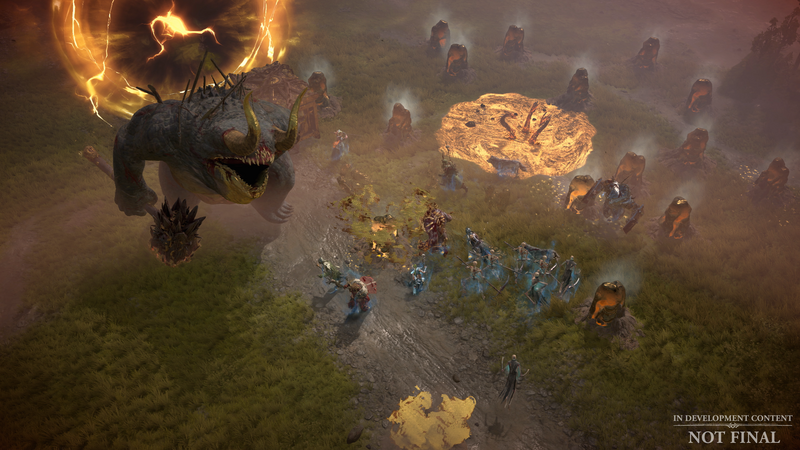 4.4
Blizzard may be refreshing Diablo's formula by introducing an open world in Diablo 4 that "allows for non-linearity", but according to general manager Rod Fergusson, that doesn't mean it'll be anything like Breath of the Wild.

"One of the concerns about putting 'open world' in a big neon sign and flashing that sign is that people have that notion of Breath of the Wild, 'oh, it’s completely organic and I can go anywhere and do anything'," Fergusson recently told IGN (via NME.

"That's not really our story. Our story allows for non-linearity, but there is a story – we wanted to have a beginning, middle, and end.

"You can actually not pursue the story for a while, that's the nice thing about the open world," Fergusson added.

"There's a lot of side quests, a lot of things you can do that aren’t on the golden path."

That's not to say that the game isn't ambitious, however; according to Fergusson, Blizzard "actually had so much stuff [going on in the world] that getting through it on a mount was challenging".

If recent reports are true, the highly-anticipated RPG will reportedly open up for pre-orders next month, launch in early access in February, and be fully released in April 2023. It's thought the full Diablo 4 details will be confirmed at the upcoming The Game Awards, which is set for December 8.

Is it a certainty? Certainly not. But it all sounds perfectly possible, not least because the RPG is already in (leaky closed beta testing, so an early access release is the next logical step, of course.

Did you read that Diablo 4 players can look forward to a game that just keeps on giving, with Fergusson saying that there will be "thousands of hours" of fun to be had?

"Diablo 4 gives players the chance to "not pursue the story for a while" :: Login/Create an Account :: 2 comments

Nice to get the choice to go off the path

That's always good I like games where you can choose to progress more or choose to be good or bad etc.