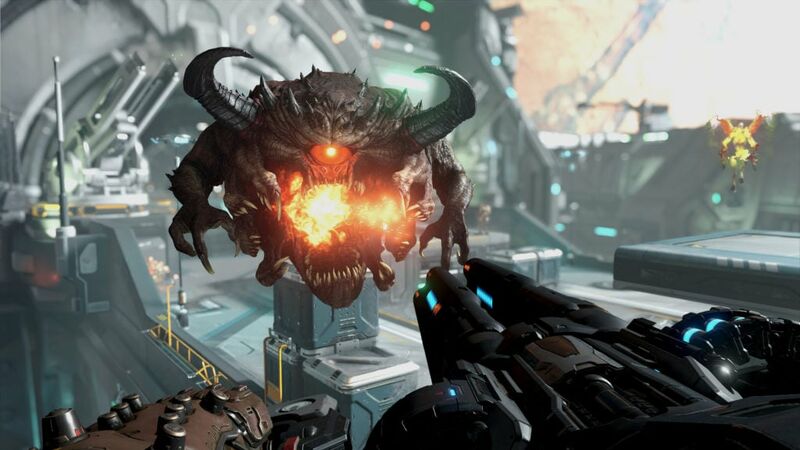 3.8
The Doom community has started demanding justice for composer Mick Gordon after he alleged this week that he had been falsely accused by Id Software‘s studio director of being responsible for the failure of Doom Eternal‘s official soundtrack.

Gordon wrote a 14,000-word statement on Wednesday in which he said was “exercising [his] right to defend [himself]” against a lengthy 2020 Reddit post in which Id Software studio director Marty Stratton blamed him for the soundtrack’s poor quality.

In his original statement, Stratton claimed that Gordon had delayed the soundtrack, then underdelivered, forcing Id to get the game’s lead audio designer to make up the rest of the tracks.

However, Gordon has now refuted this and, among numerous other allegations, has accused Stratton of not only lying about the situation, but also offering him a six-figure sum to stay quiet about it.

Following Gordon’s statement, fans took to the r/Doom subreddit to express their disappointment in how Gordon was allegedly treated, and demanding suitable reparations for the composer.

Numerous separate Reddit threads at the top of the page, each with thousands of upvotes, read ‘Justice For Mick’.

Another thread with over 3000 upvotes asks that Gordon be sent the awards that Doom won for its soundtrack, awards that Gordon claims has “only seen once” because they’re locked away in Id Software’s office.

In his statement, Gordon said: “I was invited to perform at the Game Awards, but other than that, Id Software never invited me to collect awards in person. Marty invited himself to collect the awards on my behalf instead.

“It would mean a lot to have a memento of all the hard work I poured into the DOOM franchise, but as it currently stands, I doubt I’ll ever see those awards again,” he added.

Another thread with over 1500 upvotes demands that Stratton “better come out and tell us the truth”, stating: “What i have read today from Mick Gordon is terrifying and they better make an statement explaining the truth otherwise we, the fans are going to lose all the trust in this company.”

At the time of writing, neither Stratton nor Id Software have officially responded to Gordon’s allegations.

Disgraceful by the way he has been treated

Doom was sweet bakc then it's just not a good modern time game I feel like.