Halo Infinite Is Getting Ray Tracing, But No One Is Impressed 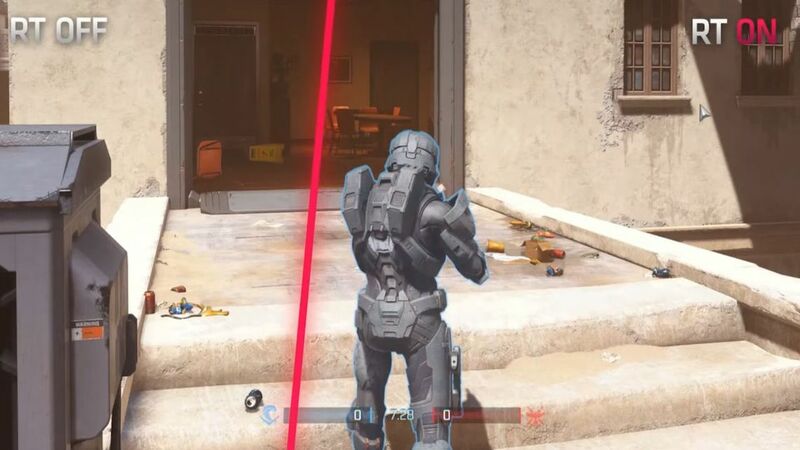 4
Halo Infinite is getting ray tracing - but the reveal has failed to impress players. Fans complain that there are hardly any noticeable differences when RT is enabled, something that is especially disappointing almost a year after launch.

This news comes from AMD's showcase that streamed yesterday, giving us a sneak peek at Halo Infinite's ray tracing in action. However, as you can see in this clip, the changes are incredibly subtle, with the only real change being how the game renders shadows. This has many fans complaining that it's not enough, and seeing this as a symptom of Halo Infinite's larger issues faced during its ongoing development.

Since the livestream, clips of AMD's ray tracing in action have been shared across social media, and it's failing to impress frustrated Halo fans.

Hear me out. That before and after RT showcase on Infinite, looked the same in both pics.


On top of this, fans are also complaining that there's no news on whether ray tracing will be coming to console. Right now, this news only affects those on PC, not Xbox Series X/S. Further still, it will only be an option in multiplayer - in which players are more likely to switch it off to improve performance.

Might be the worst comparison picture of all time.


This reaction isn't surprising, given the string of disappointing headlines that have followed Halo Infinite in recent weeks. Most notably, split-screen co-op was canned, ending a longtime series staple. Then, 343 Industries head Bonnie Ross and engineering director David Berger left the company, reportedly as part of a shakeup from Microsoft following Infinite's disappointing financial return.

It will take something much bigger than some improvements to the game's shadows to win back some fans it seems, as many are impatient for further change. It remains to be seen if 2023 can be a better year for the game.

"Halo Infinite Is Getting Ray Tracing, But No One Is Impressed" :: Login/Create an Account :: 4 comments

Well... at least they have another 9 years to improve it!

I think halo is dying out slowly kinda like gears did

i wish they would focus more on the gameplay and not on graphics kinda annoying wish this game did way better..