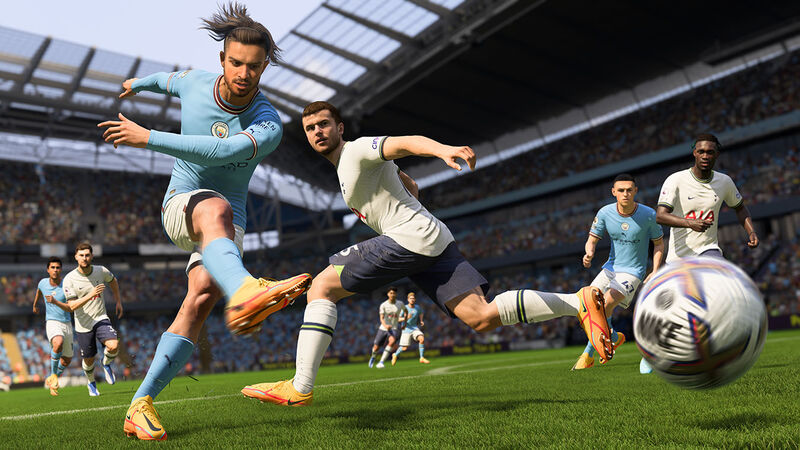 3.9
EA will celebrate both the men's and women's World Cups via FIFA 23. However, players who were hoping the game will include a dedicated FUT World Cup mode, as has been the case in the past, are likely going to be disappointed.

That's according to Fut Sheriff (via VGC). The leaker has reported a number of details about what to expect, and what not to expect, from Ultimate Team during the World Cup kicking off later this month. They have previously been a reliable source for accurately revealing FIFA features ahead of time.

FIFA 23's World Cup season will begin soon but apparently, it will not include a World Cup FUT mode. “There will be no World Cup mode INSIDE FUT. There will be special cards and themed content, like a promo, but no mode,” Fut Sheriff tweeted. “We will receive TIME LIMITED cards from the players in World Cup and we will use them to do Objectives and SBC’s based on WC.”

🚨There will be no World Cup mode INSIDE FUT. There will be special cards and themed content, like a promo, but no mode. We will receive TIME LIMITED cards from the players in World Cup and we will use them to do Objectives and SBC’s based on WC.


Fut Sheriff adds that even though there will be World Cup-themed cards in FUT during the event, those cards will be removed once the tournament, and the FUT season, has come to an end. Heroes and Stars will remain, but cards that can be obtained for the purpose of completing special World Cup objectives will not be needed once the tournament is done, and will therefore be removed from your accounts.

Previous editions of FIFA that have coincided with World Cups have incorporated the tournaments into FUT. Allowing players to build squads from the players competing in the real-life tournament. That will likely not be the case this time around, and this might well be the final EA game that includes a World Cup at all. While most clubs and players will be making the jump to EA Sports FC next year, the World Cup is run by FIFA so probably won't be a part of the rebranded series in 2026.

They should cancel everything for this game

Good, I feel that it could get pretty confusing!
I'm not a fan of having 10 different cards of the same player. 95 rated Adama Traore... what a load of nonsense!

I read somewhere that this year is the last fifa game ever ??