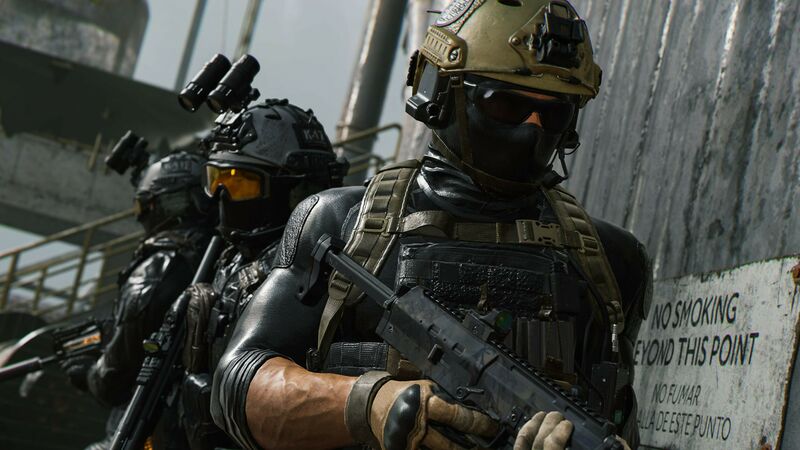 3.5
Call of Duty: Modern Warfare II has broken a major Steam record with its release. It's no surprise that Call of Duty: Modern Warfare II is already breaking records. It goes without saying that Call of Duty is one of the biggest franchises in the history of entertainment, but the latest entry has a lot more power backing it. It's a sequel to the most successful game in the franchise thus far and is bringing back an iconic name by emulating the MW2 branding. The original Modern Warfare 2 was a massive hit that defined a generation of consoles and online play for consoles, so to say that there's some nostalgia factoring into this release is probably putting it lightly.

This year's entry also marks the series' return to Steam for the first time since 2017. The franchise became a Battle.net exclusive for four years, but has made its grand return with this new game. As such, it has taken the platform by storm. As of writing, the game achieved a massive 238,000 concurrent players within the first 24 hours of launch on Steam alone. This is the most amount of concurrent players the franchise has seen on Steam thus far and the number two spot is held by this game's beta from earlier this year. In third place, the slot is held by Call of Duty: Black Ops' multiplayer with a peak of 118,000 concurrent players. That means Call of Duty: Modern Warfare II has doubled the previous record holder.

Call of Duty: Modern Warfare II is currently the third most played game on Steam behind Counter Strike: Global Offensive and Dota 2, two games that almost never leave those spots. It's a real testament to the Modern Warfare brand and the love for the series as well as how valued the series is on Steam. PC gaming has become increasingly popular over the last few years, especially since Call of Duty: Black Ops, so it's not too much of a surprise to see such activity, but this is rather astounding.

Glad they have done well with this one

The OG MW2 campaign and MP were absolutely great to play

A lot of people are enjoying the game not supervising.

Its not too much of a surprise. Friends of mine that haven't played shooters in years have even bought this game!

Should be illegal to charge $70 for this. It's nothing but bugs and recycled content.

It is really fun but man it is such a beta lol. I mean fr we can't even prestige. Can't prestige weapons. Can't do challenges can't do nothing

Not surprised by this, they should have never left steam. Unlike battle net, steam has library sharing if im not mistaken.

would be nice if my game would load keep getting 33 validation code pretty aggravating, haven't been able to play yet.. :(