God of War Norse Saga Could Have Been a Trilogy 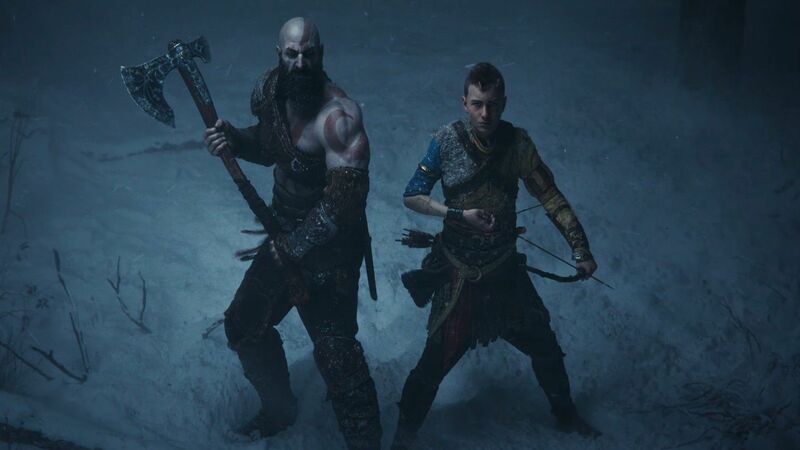 3.7
Developers of the God of War Norse Saga for a time considered making the storyline a trilogy of games. Instead, fans got the God of War they know today, a two-game arc, but the decision did not come without its complications for the team.

Starting on the PS2 in 2005, the series mostly stuck to Sony platforms, aside from some PC ports and one bizarre foray into mobile phones with 2007's God of War: Betrayal. The 2018 reboot/sequel, simply titled God of War, took the violent and shallow main character, Kratos, from one of the most chaotic characters in gaming history to a struggling single dad. The anti-hero has gone through quite an evolution and many questions remain to be answered regarding he, his son, and the mythological Norse world they're embroiled in.

In a recent behind-the-scenes video, it was revealed that the appropriate length for Kratos' Norse Saga was a hotly debated subject among developers. According to lead writer Rich Gaubery, the team recognized that whether the series wrapped up in 2 or 3 games, there would be positive and negative consequences both ways. Ultimately, they looked to Santa Monica Creative director Cory Barlog for advice. Barlog decided that wrapping up the extensive God of War saga in two games was the best option. Previously, the creative director had stated that he didn't want players to have to wait 15 years for the conclusion of the story, citing the games' lengthy production times.

Senior producer Ariel Angelotti discussed the inherent difficulty of taking a story-rich game and opting to conclude it with just one sequel instead of two. They needed to find a way to satisfyingly wrap up all the loose threads while doing justice to the preceding games, and do it all in one offering. The result is a game that the developers say covers a lot of content, while still managing to provide satisfying closure on the many storylines and characters.

In a media era rife with trilogies, be they film or video game, it's refreshing that a leading franchise like God of War chose to forego the trend. Discussing the 2018 God of War's production, Barlog mentioned that he, and much of the team who worked on Kratos' original games, had now grown and matured, and that was reflected in the more mature story of the new game. Part of adult life is that most people have less time to play games, and the choice to make the hotly anticipated God of War Ragnarok the final game in the saga lines up nicely with the lives of the adult gamers they're appealing to.

Some consider 2018 one of the best years in gaming, and God of War stood out even among that illustrious crowd. There's no doubt that God of War Ragnarok has a high bar to meet, but there's equally little doubt about the passion and talent that went into its production. Fans will soon be able to see for themselves how the final chapter of Kratos' epic story unfolds.

God of War Ragnarok is available November 9 on PS4 and PS5.

"God of War Norse Saga Could Have Been a Trilogy" :: Login/Create an Account :: 3 comments

I'm glad they didn't make it as a trilogy

Stretching out the story would've made it boring

these games are so good and the story is even better