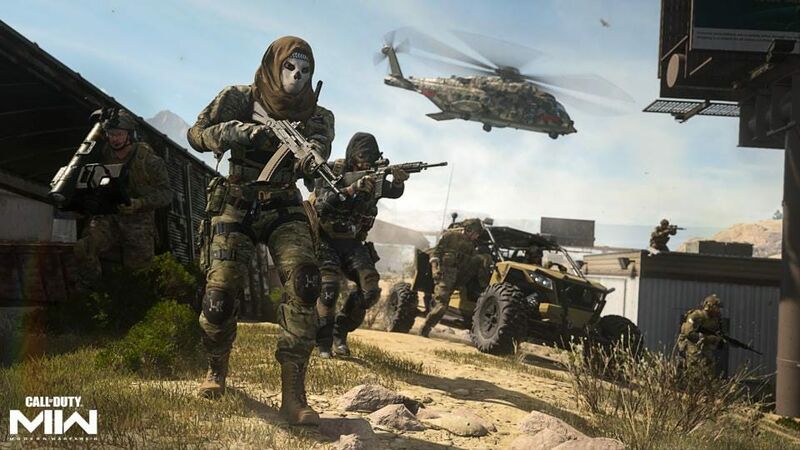 3.5
The Modern Warfare 2 beta kicked off its second stint last night across PC, PlayStation, and Xbox. Though it's the second time PlayStation players are able to play, this is the first time PC and Xbox folks are getting access to the beta.

It's only available for those who pre-ordered or acquired a beta code so far, but it's already breaking records.

Everyone assumed it was going to be big, but since Call of Duty has been absent from Steam for five years now, we never really had a good picture of its player numbers on PC. Modern Warfare 2 marks the series' grand return to Steam, and the audience there has responded in kind.

Despite beta access being restricted to pre-orders, nearly 110,000 concurrent players jumped in to play at its peak. It was enough to land it in Steam's top five last night.

On the one hand, this number isn't entirely surprising. Call of Duty: Modern Warfare 2 has constantly been in or leading the list of Steam's top weekly sellers. Since beta access is guaranteed with pre-oders, you can imagine that a large portion of those players already bought the game.

On the other hand, considering that Steam is just one avenue where players on PC have access to Call of Duty now, Battle.net is likely seeing a similar number of players. Call of Duty has been absent from Steam for a while, so it's not unreasonable to think that players have accumulated COD Points, and Battle.net friends over the years, and they'd likely want their investments to remain.

Nevertheless, the numbers stand to go even higher on Saturday when the beta goes fully open and becomes available for anyone to download.

I thought it would've been higher, even just for Steam players

thats it ? that dont seem like a lot for cod fr