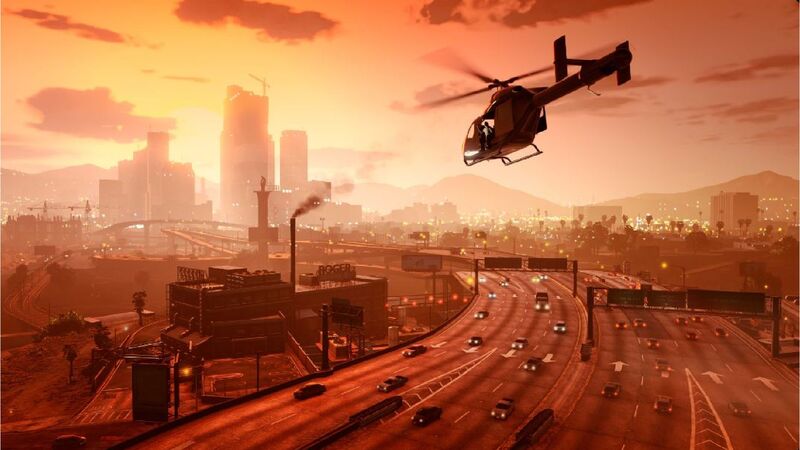 A Message from Rockstar Games pic.twitter.com/T4Wztu8RW8


"We recently suffered a network intrusion in which an unauthorized third party illegally accessed and downloaded confidential information from our systems, including early development footage for the next Grand Theft Auto," the official statement, attributed to the Rockstar Games Team, reads. "At this time, we do not anticipate any disruption to our live game services nor any long-term effect on the development of our ongoing projects."

"We are extremely disappointed to have any details of our next game shared with you all in this way," the official statement continues. "Our work on the next Grand Theft Auto game will continue as planned and we remain as committed as ever to delivering an experience to you, our players, that truly exceeds your expectations. We will update everyone again soon and, of course, will properly introduce you to this next game when it is ready. We want to thank everyone for their ongoing support through this situation."

Notably, the statement seems to indicate that the leaks will not impact the development timeline of the new Grand Theft Auto. There had been some speculation that, given the severity, the release date of Grand Theft Auto VI could get pushed back. There is still the possibility that more could come out, or that the unauthorized access could have been more impactful than initially assumed, and that all of this could change, but for now Rockstar Games seems to be on track despite it all.

Leaks can actually be helpful, because it helps the players to see what it's going to be like etc,
and Rockstar would benefit from it from the mass sales it may have

I am confused on how Rockstar is that affected by a person releasing information or videos even, about GTA VI... I do understand that they want to be private about it and want to 'surprise' their base with what they have, however from what I get from this. This will bring MORE attention and anticipation for GTA VI. You ask me, I am stoked that this has happened, it makes me want to pre-purchase it more than I have before!.. Yes, how it was obtained wasn't good, however, a small 'leak' will not kill what they have been working on since the start of GTA V. If anything it should give them an idea of how many people are still waiting for it or are still playing previous GTA games...

officialfred What did they expect? People have been waiting to long. Feel bad for the people that have passed away & couldn't live to see the game


They want it to be better than GTA 5 and you can't blame them,it's not that deep buddy just a game

By the leaks it already looks better than GTA 5 , I want more freedom like going inside buildings, & different variety of houses .. it is that deep

officialfred What did they expect? People have been waiting to long. Feel bad for the people that have passed away & couldn't live to see the game


They want it to be better than GTA 5 and you can't blame them,it's not that deep buddy just a game

What did they expect? People have been waiting to long. Feel bad for the people that have passed away & couldn't live to see the game