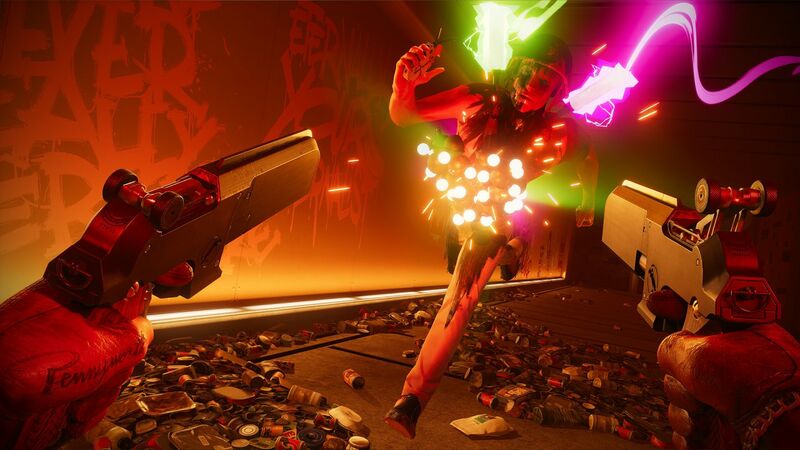 5
Now that the PlayStation 5 exclusivity period is up, Arkane Lyon’s Deathloop will finally arrive on Xbox Series X/S next week on September 20. It will be available the same day on Xbox Game Pass.

The news shouldn’t come as a surprise considering a pre-order ad for the game recently popped up on Xbox consoles through the store page.

The Xbox version comes with all updates released for the game since its release. The updates include photomode, additional accessibility options, cross-play matchmaking, and a multitude of quality-of-life fixes

Xbox console and PC versions will also feature cross-purchase and cross-save, so if you purchase the game through the Microsoft Store on either Xbox or PC, you’ll be able to play it on your other Microsoft platforms and pick up where you left off.

Arkane Lyon is also releasing a new update to the game. Available to all platforms, the Goldenloop Update comes with a new weapon, crossplay PvP, a new ability, new enemy types, an extended ending, and more.

The new ability, Fugue, is a projectile that slows and confuses your target, briefly rendering them harmless. It also includes four discoverable upgrades: Coda: extended duration, Earworm: cast a Fugue “mine” on a surface, Discord: the target becomes hostile toward its allies, and Syncopation: upon the target’s death it will affect nearby enemies. To nab the ability, look for the Fugue Slab which may be located around Karl’s Bay in the afternoon.

Halps Prototype is the new weapon, and it’s an energy-based rifle that fires a continuous laser-like beam that fires with precision. You can even fire the beam at a turret or security camera to refract the beam and hit your foes with bank shots.

The new enemy in the update is the Paint-Bomber, and Eternalist that strap themselves with a bandolier of paint-filled explosives. Don’t let them get too close or they’ll take you out with them.

Four new ability upgrades for Julianna come with the update specifically for her Masquerade ability. These are: Ensemble: target up to three NPCs, Mend: regenerate health while using Masquerade on an NPC, Expose: when an NPC affected by Masquerade dies or spots Colt he is automatically tagged, and there’s Incognito where damage taken while using Masquerade is converted to energy.

Along with the aforementioned, 19 new trinkets have been added with the Goldenloop Update. These 2-in-1 trinkets all combine the abilities of two existing trinkets.

For example, the new Wrecking Ball trinket fuses the existing Sprinter and Unstoppable Force trinkets. There’s also Rolling In It, a blend of Deep Pockets and Stab N Grab. These new combo trinkets will help you free up some space in your gear.

The update also includes an extended ending for the game and other surprises.

Better for it to be on game pass

Cool I will be on the lookout for this.

Yeah nex gen will need some games LOL. I remember when Xbox one first dropped it literally had like 10 games if that