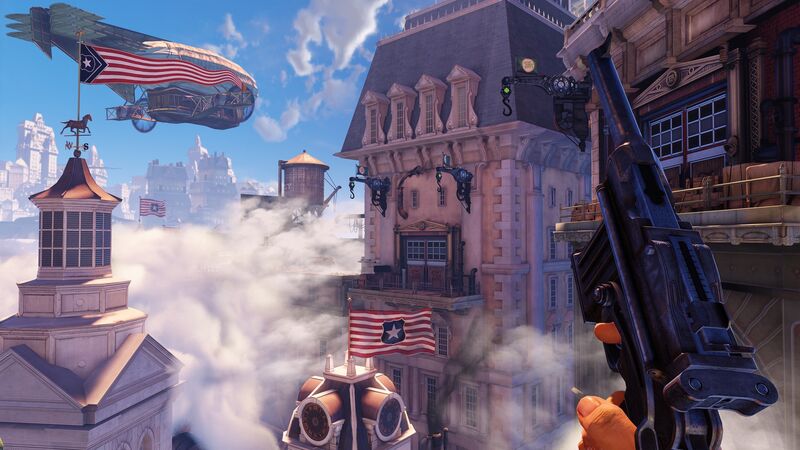 3.7
A new rumor associated with 2K's upcoming game BioShock 4 (title not official) has teased that the latest entry in the series might have a rather notable connection to the original game in the franchise. At this point in time, 2K itself hasn't unveiled anything notable about BioShock 4 other than the fact that it's being developed by studio Cloud Chamber. And while it seems likely that we may get a new look at the game in the coming months, this new rumor in question may have shed some light on the project ahead of time.

Coming by way of @OopsLeaks, a number of new bits of info related to BioShock 4 have now emerged. Like many other leaks that we've heard about in the past, this new rumor claims that the game will take place in Antarctica. Perhaps the most surprising thing, though, is that this new artic setting will feature many "refugees" who had previously fled Rapture, which is the city from the original BioShock. Assuming that this proves to be true, it would mean that BioShock 4 is going to be directly connected to the original game in some pretty blatant ways.

Speaking more about the game's reveal and eventual release, @OopsLeaks suggested that development on BioShock 4 has been moving slower than expected due to turnover within Cloud Chamber. That being said, 2K isn't feeling the need to rush the project by any means and will only release it when it's of a high enough quality. While the reveal announcement for BioShock 4 also wasn't stated outright, this rumor claims that an unveiling could happen at various events taking place throughout the remainder of 2022.

Per usual, since this is merely a rumor, be sure to take everything here that has been outlined about BioShock 4 with a grain of salt. While many rumors and reports related to the game have given us a better idea of what to expect from the final product, the fact that 2K hasn't shown off the title publicly means that a number of details that we've heard about with the game might not be finalized. Hopefully, though, 2K will have something new to share about BioShock 4 before 2022 comes to a close.

Woohoo, One of my fav game series. Of course there should be some stuff to do with the OG BioShock.

well ofc there will be call backs and easter eggs