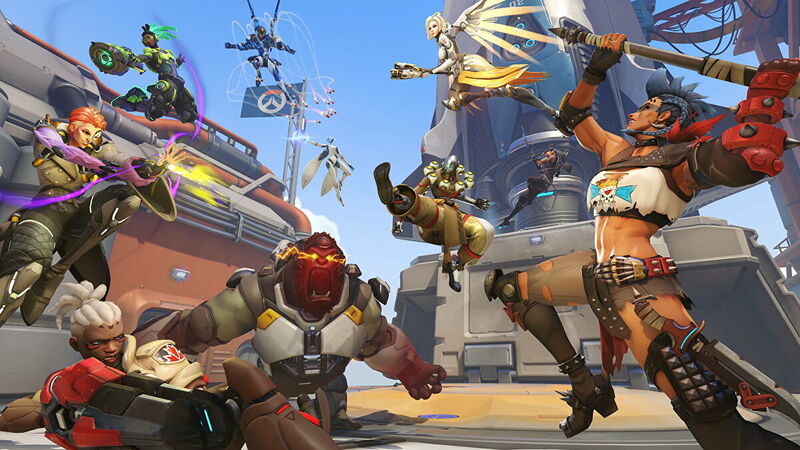 Earlier this week, a leak pointed to Kimiko, aka Fox Girl, being Overwatch 2's next hero. The character was said to be a healer, and have abilities related to her fox. According to the leaker, she could summon the furry fellow to aid allies in various ways, including providing healing and damage reduction. Her ultimate would seemingly call forth a giant nine-tailed fox to prevent enemies from attacking.

An image was also shared, which showed a character with bright coloured hair brandishing a shuriken-like weapon with a cute little blue fox perched on her shoulder. This information has turned out to be bogus, according to one developer, which is sure to disappoint more than a few Overwatch 2 fans.

In a response on the Competitive Overwatch subreddit, Blizzard's commercial leader and VP Jon Spector put the rumour to rest, saying, "Yes, this is fake". He reveals that normally the developer doesn't respond to this sort of rumour and speculation, but Spector clearly didn't want fans' hopes to get any higher and couldn't resist the opportunity to make a Naruto joke.


The revelation that Kimiko is fake brings more questions than it does answers, as we still don't know what the little fox spirit, which briefly appeared at the end of the Overwatch 2 release date trailer, is all about. It could still be a cryptic reference to the game's next hero, but it seems we'll have to wait a bit longer to find out.

In other Overwatch news, Blizzard has confirmed that Overwatch 2 will replace Overwatch at launch. The developer has also said that it has no plans to hold a third beta before the shooter hits shelves later this year, on October 4.

Give it time, and it will become real

there just salty and cappin