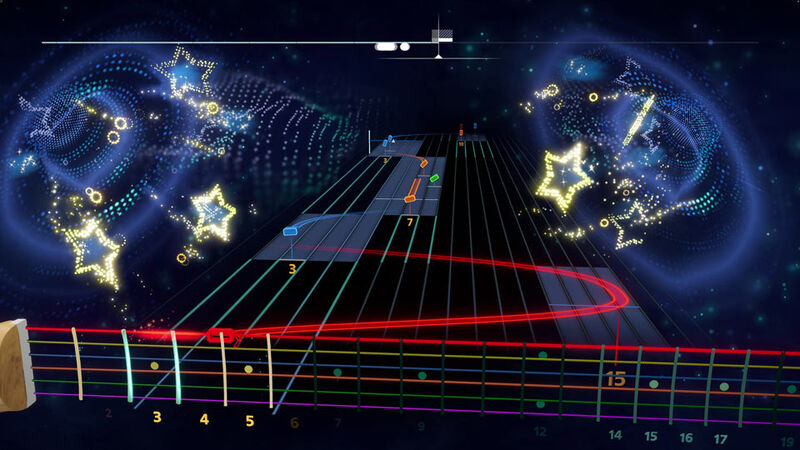 3.6
Ubisoft's Rocksmith series is making a return with Rocksmith+, a new subscription service that will be available very soon. Rocksmith came amidst the craze that followed after games like Rock Band and Guitar Hero. Both of those games had managed to find an audience due to their impressive track lists and fun gameplay that was easy to pick up and understand, making them incredibly popular games for families and parties. Other developers saw the success these games were having and tried to find ways to break into the genre with games like DJ Hero, but nothing could really compete at the same level of those other two juggernauts. Ubisoft found a really unique way to expand on the genre and although it never really reached the heights of Rock Band or Guitar Hero, it has had some staying power.

The Rocksmith series lets players learn how to play their favorite songs with a real guitar as opposed to a plastic one with colored buttons. Although it's been a relatively quiet franchise over the last few years, it's making a return on September 6th via Rocksmith+, a new PC-based subscription service on the Ubisoft Store. The game feature over 5,000 songs at launch with plans to add more from big artists on a weekly basis. Ubisoft is offering the service for $14.99/month, $39.99/3 months, and $99.99/year. Those who owned the 2014 installment of Rocksmith or participated in the closed beta for Rocksmith+ will also get either one free month included with a 3 month subscription or 3 free months with a 12 month subscription. The game is also expected to come to mobile devices later this year.

As of right now, no release date has been given for the console version of Rocksmith+. The game was expected to launch in 2021, but was delayed to allow the team time to implement feedback from the closed beta. With that said, it's likely the game will be coming to consoles in the not too distant future.

Would love to get this, and lick a few notes on thee gee-tar

Does kind of look interesting.