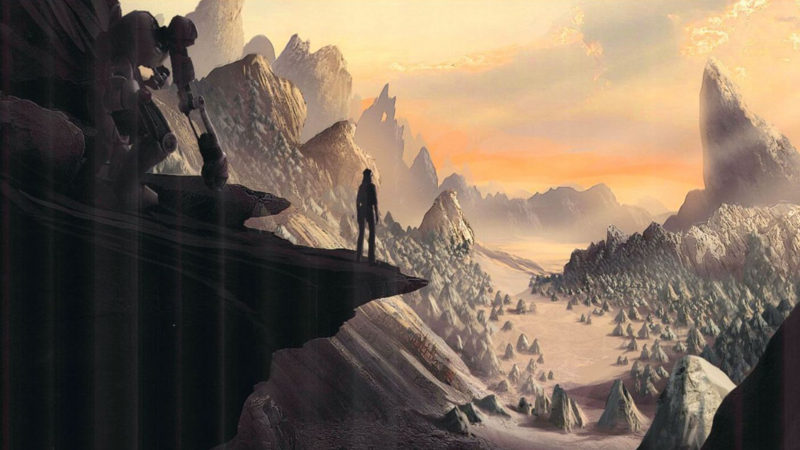 4.1
Some new concept art for Half-Life 3 has surfaced online and it gives more insight into what Valve was planning for the fabled sequel. Half-Life 3 is one of the many great games that have never seen the light of day and while there's a chance it could still happen following Half-Life: Alyx, it likely won't be anything close to what the original plans were. Various leaks over the years have given fans an idea of what the story of Half-Life 3 would be, but Valve has never really addressed it in any official capacity. It's one of gaming's great mysteries and has left us to wonder what could've been.

Now, courtesy of 2K Games producer David McGreavy (via Kotaku and LambadaGeneration), we have a new look at Half-Life 3. McGreavy has amassed a collection of concept art from various Valve projects and shared some of them with the internet. The artwork shows a group of characters traveling some vast spaces filled with wreckage, heavily speculated to be related to the Borealis. Perhaps the most interesting piece of art shows a worm-like version of Dr. Breen, dubbed BreenGrub. It was once leaked that Breen would've been turned into an alien worm after his death, leaning even further into the franchise's strange sci-fi roots. Kotaku also shared some pieces of art from McGreavy that shows Alyx and Dog traveling through some kind of valley. According to McGreavy, this wasn't for Half-Life 3, but a separate project revolving around those two characters. It's unclear if this is related Half-Life: Alyx or one of the many Half-Life projects that entered development over the years.


Half-Life 3 is heavily speculated to happen following the ending of Half-Life: Alyx. Nothing has been confirmed, but fans are hopeful that the VR project reignited a spark in Valve to bring it to life. Rumors suggest it is already in development, but it's being kept to a small team. If it does happen, it will likely be years before we see it materialize as the developer probably won't want to talk about it until it's ready out of fear of going silent once again.

Looking good, concept is lways very welcome befor we get to see that gameplay trailer

The art look good and creepyish too.