PowerWash Simulator Was Originally Turned Down By Various Publishers 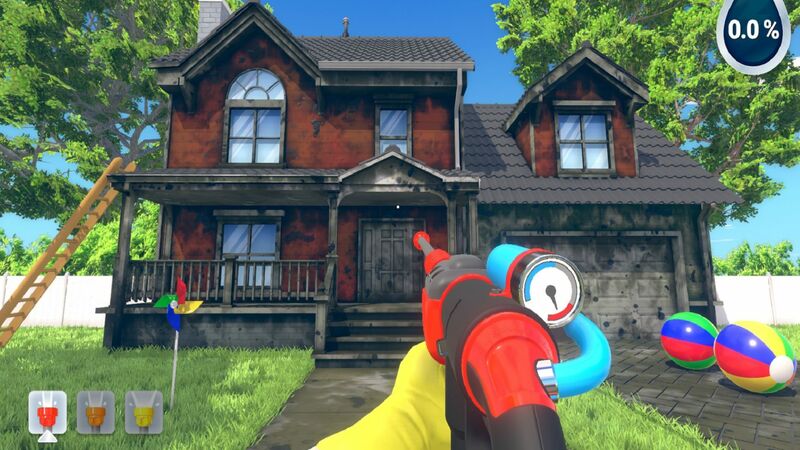 3.8
In a recent interview with gamesindustry.biz, James Marsden, CEO of the studio behind PowerWash Simulator, told the story of the game’s creation, from its inception to its recent full release. He spoke of how the idea came about, how his studio FuturLab struggled to transition outside of its PlayStation relationship, and how early access was a godsend for the studio. He specifically explained how they decided to opt for early access after unproductive conversations with several publishers.

PowerWash Simulator first launched as a demo via Itch.io back in 2020, and despite it receiving a lot of positive attention, the developer couldn’t find anyone to fund the full game it had in mind. Marsden explained that many of the publishers FuturLab spoke to seemed to doubt the game’s lack of antagonism. He said they didn’t really ‘get’ the game, since there was no way to lose; it lacked the traditional aspects that most associate with video games, like threats, challenges, and domination. Marsden, after seeing a growing trend of what he called “cozy games,” said he wished he’d been aware of this before so he could have pitched the game a little better.

However, FuturLabs wasn’t deterred, particularly because of the success of the Itch.io demo. Eventually, the developer found two publishers that were interested enough to work with the studio, but they were insistent on the game getting certain changes; Marsden described this as a “demoralizing period.” The publishers wanted destructible physics, more sandbox elements, and cars that could make the area dirty after you cleaned it, but FuturLab stuck to its guns of wanting a more relaxing experience.

Marsden explained how they had a strong intuition of what the people really wanted, and despite being plagued by doubters throughout the industry, the team ultimately decided to release PowerWash Simulator via Steam Early Access, essentially letting the community itself fund the game. It worked, too, eventually leading FuturLab to a publishing partnership with Square Enix, which helped the team release the full game on July 14th, 2022 on PC and Xbox consoles.

This development cycle was deemed favorable when compared to the studio’s prior PlayStation exclusives. FuturLab had previously been in a long second-party relationship with PlayStation, mostly making games for the PS Vita. Throughout the interview, Marsden spoke a lot about the concept of going directly to the customer, the players, instead of having a publisher as a customer. Early access helped with that. He said that the team much preferred getting direct and instant feedback and that by the time PowerWash Simulator was released, they weren’t anxiously biting their nails, but excited to get something they knew players wanted out the door.

The idea of branching out from PlayStation is related to the game’s inception. FuturLab wanted to be less dependent on only one entity and instead began thinking about what it could deliver directly to the players. The idea of a first-person shooter interested the team, however, they knew they needed to make it small in scale to fit the studio’s budget. The original idea was for a much more of an action title, but Kirsty Rigden, Marsden’s wife, and business partner, had been absorbing actual power washing videos on Reddit to relax, and one day, conversing about what the game could be, the lightbulb went off in her head. The rest is history.

"PowerWash Simulator Was Originally Turned Down By Various Publishers" :: Login/Create an Account :: 3 comments

Who's gonna clean up this mess? The dirt busters, that's who!

Yeah, I will certainly spend hours powerwashing on a simulator game than my own backyard and driveway LMAO