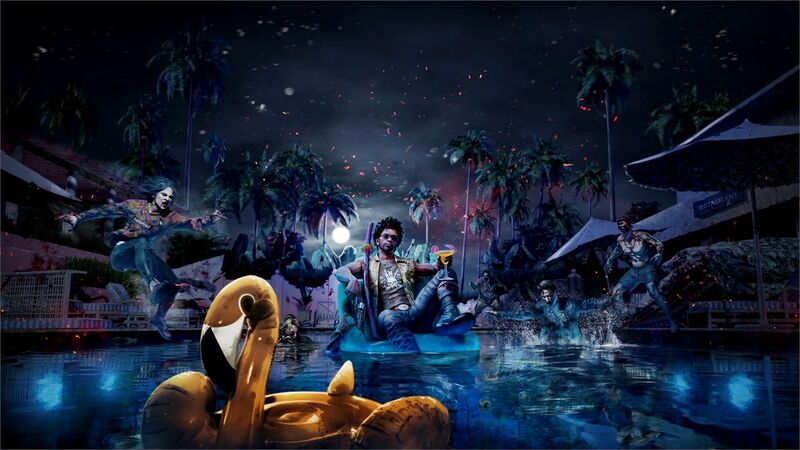 0
Dead Island 2, the upcoming, open-world zombie game from Dambuster Studios, confirmed for launch at Gamescom 2022, will feature an advanced gore system that lets you melt zombies down to their skeletons using chemicals, as well as fully-modelled skin, fat, and muscle, and some fictional zombie internal organs.

Speaking to PCGamesN, live from Gamescom 2022, Dead Island 2’s creative director James Worrall explains how, after inheriting the game from original developer Yager, after it was initially revealed at E3 2014, Dambuster Studios has focused on creating an extremely detailed blood and gore system.

“We realised that we had to start from scratch,” says Worrall. “We’re going to lean heavily into the gore, but that isn’t just for shock purposes. That’s because every hit means something, every weapon choice. We focused on the whole game being designed on that up-close-and-personal gameplay. In a lot of zombie games, zombies become wallpaper in the background. But in our game, you won’t be fighting humans, you’ll be fighting zombies. You have to get good at the game. You can’t just spam ‘attack’.”

Judging from the Dead Island 2 trailer from Gamescom, which reveals the game is set in LA — and features a series of gruesome beatings and head splatterings — melee combat, and extravagant gore, will play crucial roles in the zombie sandbox. Worrall says that the undead have been thoroughly modelled and detailed, inside and out, to even include some fictional internal organs that the zombies grow once they’re infected.

“Skin, fat, muscle, bone, and all the other bits inside – even some of the extra bits, that are part of zombie physiology – we’ve got accurate hit reactions. Those are very gruesome, but you’re exploring it in a safe, fantasy space.”


Worrall also explains some of Dead Island 2’s more inventive weaponry, including a range of liquids and consumables that can obliterate zombies in spectacular, bloody slow motion.

“We have various fluids in the game and they’re all dynamic,” Worrall says. “Oil, water, chemicals. We won’t go into too much detail right now, but they basically corrode zombies. If you pour them on a zombie, they will basically melt as they come towards you. The best thing about that has been the kind of animal reaction we’ve seen from people. People kind of back away, because they will try and come towards you but bits will fall off, until they’re basically down to the skeleton.”

"Dead Island 2 gore system lets you melt zombies down to the bone" :: Login/Create an Account :: 3 comments

I cannot wait for this game, it will be so great.

That is going to be a crazy gore system

yeah this is going to be awesome !