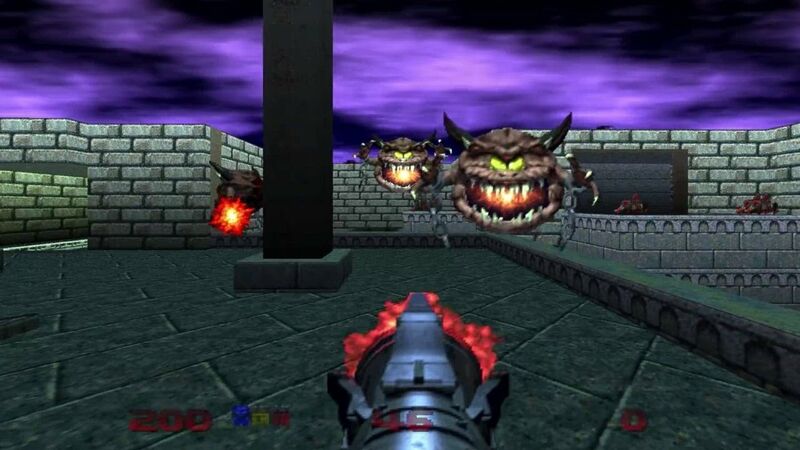 Starting today and lasting until August 25th, all Epic Games Store users will be able to add DOOM 64 to their game library for no cost. Originally released on Nintendo 64 all the way back in 1997, this is the third mainline entry in the franchise following the original two installments. For well over 20 years, DOOM 64 was only available to be played on Nintendo 64, but Bethesda ended up porting it to modern platforms two years back.

While it's great to see that DOOM 64 is now free on the Epic Games Store, the game is only getting a minor discount in the grand scheme of things. Typically, DOOM 64 only retails for $4.99, which means that Epic Games Store users on PC aren't saving a ton of money with this deal. Still, it's hard to complain about any games that ever go free on EGS, so snag this title while you still can.

If you'd like to learn more about this version of DOOM 64, you can find additional details courtesy of Bethesda down below.

"Originally released on Nintendo 64 in 1997, DOOM 64 is an action first-person shooter and a direct sequel to the events of DOOM II.

Years have passed since you stopped Hell's invasion of Earth. Quarantined for humanity's safety, the UAC research facilities on Mars were abandoned and forgotten...until now. A signal from a degraded satellite suggests a single entity remains, and it has the power to resurrect the demons. As the only surviving marine who fought Hell's forces, you are sent on a lone crusade to hunt down the Mother of Demons and stop a renewed demonic invasion.

Released in 2020 to celebrate DOOM's 25th anniversary, this enhanced version makes it even easier for players to enjoy the original game on modern platforms."

Making these type of classic games free is great

keep up the good work Epic

This is awesome I'll have to cop it. I got gta for free off epic as well !