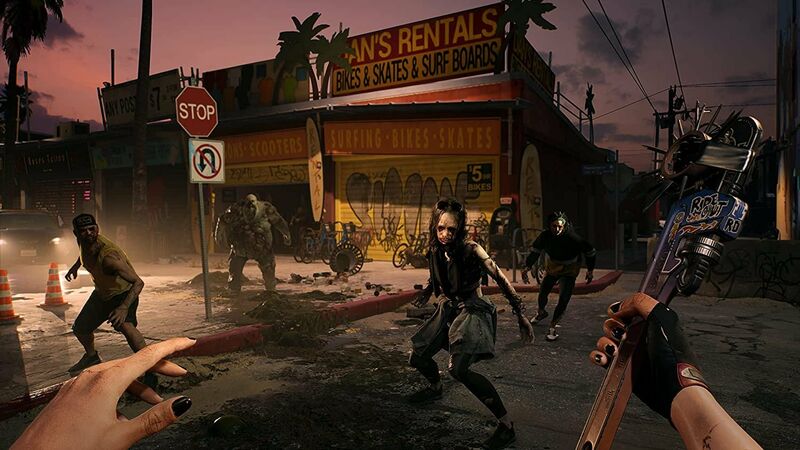 4
Dead Island 2 appears to be alive, much to the surprise of gamers everywhere. Dead Island is an open-world RPG that was released in 2010 and allowed players to fight the undead on a tropical island. It received a sequel of sorts in 2013, but it felt more like an expansion than anything else and largely underwhelmed fans and critics alike. A more traditional sequel was announced in 2014, but after a reveal trailer, it largely vanished. Although development updates such as developer changes continued to happen, many believed that the game was canceled or in development hell, never to see the light of day. However, it looks like the game is making a comeback and will be here sooner than you might expect.

As spotted by Wario64, Dead Island 2 was listed on Amazon with new cover art, screenshots, a release date, and an updated description. The screenshots show off some of the beautiful California scenery being ravaged by undead monsters and they to be in-game and not pre-rendered. The official description confirms that the game is still set in Los Angeles and players will play as someone who has been infected by the zombie virus, but is somehow immune. However, they will still have to "harness the zombie inside", though it's still a bit unclear what that means. As of right now, the listing notes that Dead Island 2 will release on February 3rd, 2023, but no information on when the game will be re-revealed has been given.

Dated Feb 3, 2023. This is a brand new listing on Amazon and not the one that's been there for like 84 years pic.twitter.com/l2PNjoHOpH


Dead Island 2 appears to be happening and it has some big shoes to fill. Since its announcement, Techland has released two Dying Light games which have both been praised by critics and sold extraordinarily well. It no longer has to follow up just the first Dead Island, but also offer something new and compete directly with the Dying Light series. As of right now, only time will tell if that will be possible.

I will be walking about dead when this comes out :P

I remember playing the first part with all the mods on the 360...... fun times

hmm will check this out, used to be a lil kid playing the old one