3.4
Red Dead Redemption 2 and GTA 5 hackers are typically the bane of our existence in Rockstar’s respective sandbox games, but as Red Dead Online draws to a sorry end, and news ramps up about a possible GTA 6 release date, we have to admit, RDR2 and Grand Theft Auto cheaters are getting pretty imaginative.

Let’s start with Red Dead Redemption 2. It’s already been having problems lately owing to a bug that’s made NPCs and animals simply vanish from Red Dead Online, and although that kind of kills the mood, there’s still a balance – when you go wandering through Strawberry, Saint Denis, or any of the other big settlements in New Hanover, you still want to be able to take in the atmosphere at a leisurely, unthreatened-by-wild-animals kind of pace. Hackers, though, seem to have a different idea. Possibly affronted by the sudden lack of creatures, they have decided to unleash some random animal spawns on the unfortunate, online population.

“While riding around the map near Valentine,” explains one RDR2 player, “my horse started glitching out, just so a bear could spawn randomly right in front of me and kill me. I respawned, got on my horse, travelled a few extra metres and the same thing happened. This time I managed to get my horse out of there and just run away. Few more metres? Boom, a bear AND two crocodiles.”

A similar occurrence has been observed in GTA 5, this time with slightly more tragic – and baffling – consequences. Driving through Los Santos in the middle of the day, one player suddenly collides with a pedestrian. Not unusual, you might think, only this pedestrian has short legs, and long arms, and is covered in hair.

“I accidentally ran over a f*****g monkey,” the player reports. “Is this some kind of easter egg?” 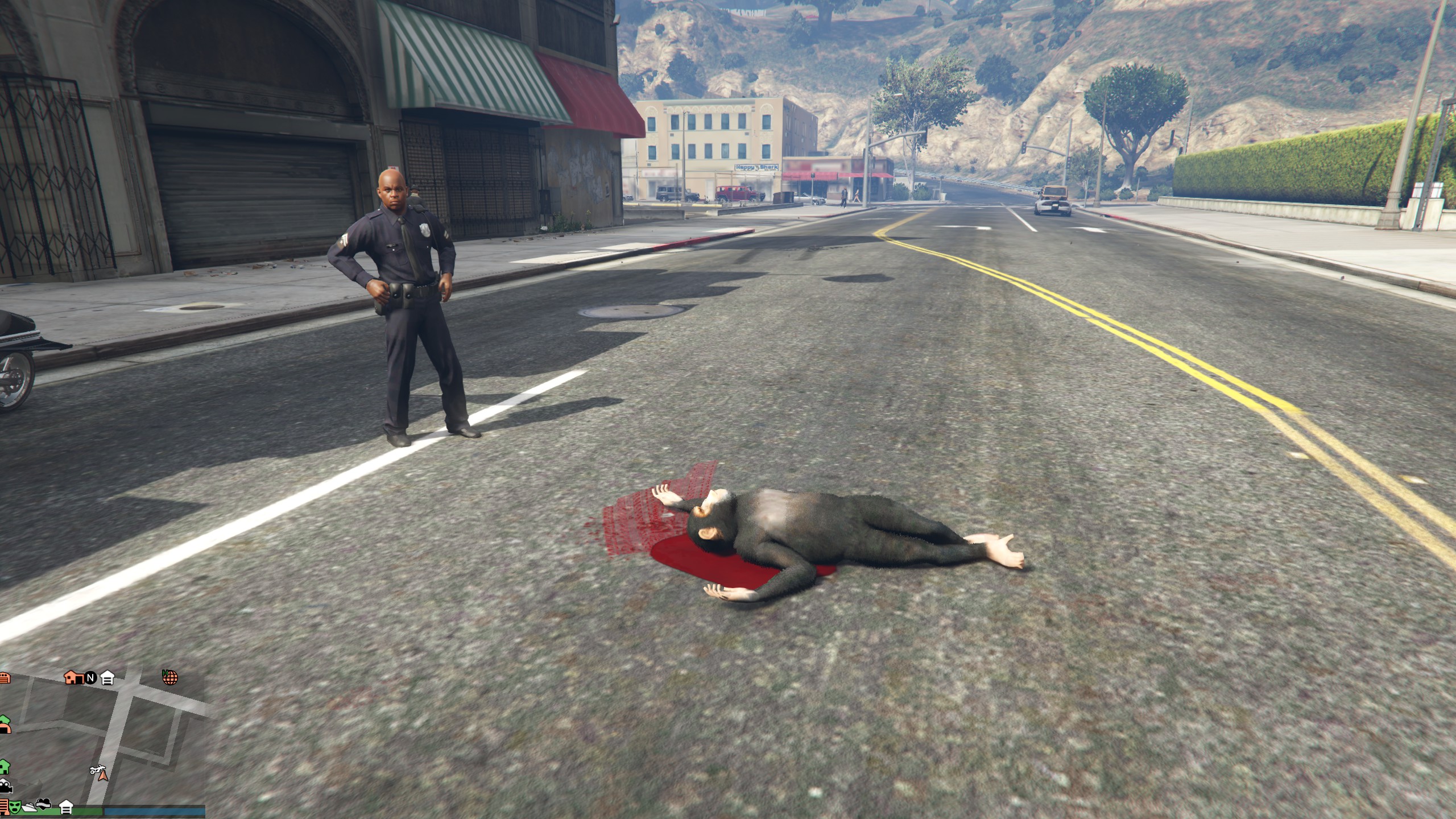 While some players charitably explain that this is simply the result of hackers, who, during peer-to-peer games, when there is no server between players, can upload files into your game, others pile on the sadness. “Bro killed Curious George,” writes one. “He was curious about the front bumper of that car,” adds another.

For the most inventive hacker antics, however, we must go back to the frontier and Red Dead Redemption 2. As we explain in our guide to RDR2 easter eggs, it’s possible in Rockstar’s definitive western to find, and almost be abducted by, a UFO. That on its own is strange enough, but not so strange as what happened to one player while they were recently strolling around Red Dead Online collecting cards.

“Someone turned me into a UFO,” they explain, providing photographic evidence of what appears to be a gigantic, walking flying saucer, hanging out on the western plains. We’d like to see what happens when this strolls into the saloon. Probably it would get attacked by a bear and two crocodiles. 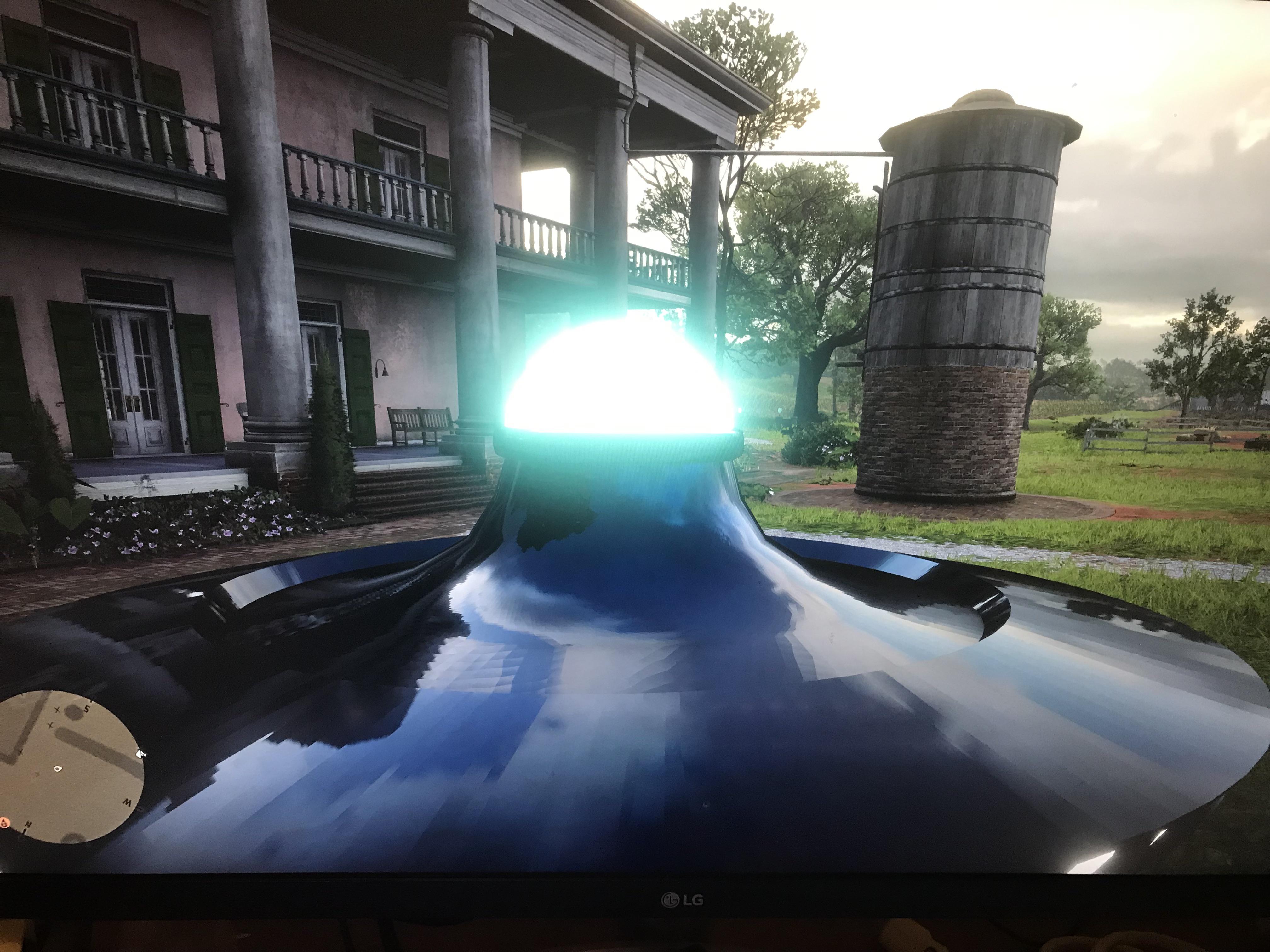 If mourning the deaths of loveable, innocent monkeys isn’t exactly your thing, there’s plenty of fun to be had roleplaying in GTA 5, so be sure to check out our guide to the best servers for GTA RP. And if you’re looking to avoid transforming into a spacecraft, you might want to try something else entirely from our list of the best sandbox games, including Arma and Hitman.

It's our own little twist to the games

This makes players to play more and more to have fun

You a real one! That's all I used to do. Give blessings to receive them

This is very funny. And it makes players want to play more.

well yeah thats what makes these games so fun lol