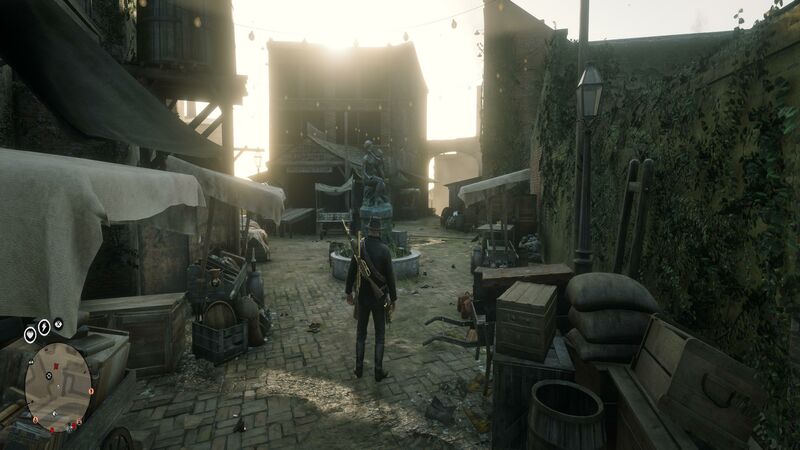 4.4
Red Dead Online is being deserted by characters and creatures alike thanks to a new bug.

As first reported on the Red Dead Online subreddit yesterday on July 31, one player found the streets of Saint Denis mysterious abandoned by NPCs, with no character or animal to be seen anywhere (thanks, PCGN(opens in new tab)). According to the comments, many other players have also been experiencing this same odd problem with Rockstar's multiplayer game.


However, it seems like this problem is only an ongoing issue for PC players in Red Dead Online. Many in the comments section report the game running fine on both PlayStation and Xbox systems, with characters and animals all loading in correctly and populating the Wild West.

This has led players to assume there's an issue with the PC version of Red Dead Online. Looking at the evidence above and the other players reporting the same problem, it's hard not to agree that this could be a brand new bug plaguing the online shooter.

Many Red Dead Online players are doubtful that Rockstar will fix the issue. Last month in July, Rockstar announced it would be halting all "major themed content updates" for Red Dead Online to commit to delivering GTA 6 properly.

This has left players understandably mourning the online game. After months spent campaigning for Rockstar to deliver more regular updates for Red Dead Online, the #SaveRedDeadOnline community mourned the passing of the title with an in-game funeral for Red Dead Online held last month on July 13.

They should just shut down the servers ffs

Seems like kind of an apocalypse in a way.